'Shindler' in row with Yazidi 'profiteers'


Steve Maman, a Canadian Jewish businessman dubbed the 'Canadian Shindler', is leading efforts to help Yazidis who managed to escape ISIS persecution in Iraq, only to find themselves stranded in Greece,  according to The Algemeiner. But new allegations that Maman, a philanthropic business of Moroccan-Jewish origin,  had lied about his rescue operation are now undermining Maman's efforts on the ground. (with thanks: Michelle) 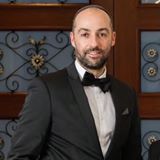 Steve Maman founded the Liberation of Christian and Yazidi Children of Iraq (CYCI) a year ago to rescue Christian and Yazidi girls kidnapped by ISIS terrorists and sold as sex slaves in northern Iraq. The Canada-based charity says it works closely with a team of negotiators, based inside ISIS-occupied areas, to rescue the kidnapped girls and reunite them with their families.

In an interview with The Algemeiner on Friday, Maman said CYCI has expanded its efforts now to help Yazidis who have successfully escaped ISIS strongholds in Iraq and made it to Greece — but lack the necessary help to reach their final destination in Germany, which he said hosts the second largest Yazidi community in the world.

To add to his troubles, allegations by Yazidis themselves that Maman was a fraud have resurfaced. On his Facebook page, Maman has professed to be pained and angry at accusations that he had staged his rescue operations.

He accused one Khairi Bozani of being a Kurdish 'Hitler'. He and his 'accomplice' Noori Osman Abdulrahman allegedly resented Maman's organisation CYCI for donating money to the victims. Maman charges that the two were running a racket, charging the Kurdistan Regional Government ( KRG) head office $ 30, 000 per head for the rescue of captives.

"In other words, I have made them lose out on 140 x $30, 000 because I donated the funds to the families without making debt contracts like they do," Maman wrote." This has pushed many families to come ask CYCI for help instead of their offer which is a scheme."

Maman alleged that 20 Yazidi girls had been 'lost' to Islamic State after  Bozani had blocked his group at the border.

Supporters of Maman claim he has rescued 1, 376 Yazidis in total, including 140 sex slaves.

Personally, I'm not taking any sides in this, but if I were in Maman's place, I'd do my work, and shut up.