On this day, Suzannah bombers hanged 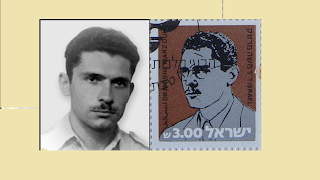 
On 31 January 1955, Moshe Marzouk and Samuel Azar, two Egyptian Jews who had been convicted of espionage and acts of sabotage on behalf of Israel, were executed in Cairo. They were convicted for their part in Operation Suzannah, also known as the Lavon Affair or the Unfortunate Business. David Green writes in Haaretz (with thanks: Lily):

The first bomb was detonated at an Alexandria post office on July 2, 1954. Two weeks later, on July 14, bombs were set off at the offices of the U.S. Information Agency in that city and in Cairo. An additional bomb, intended for the Rio Cinema, a British-owned theater in Alexandria, went off prematurely. Finally, on July 23, fires were set at several public buildings in Cairo.

The bombs were as primitive as could be, and all were timed to go off when the targets were empty of people. And in fact, the only injury caused by the operation was to Philip Nathanson, an Israeli agent, when the phosphorus bomb in his pocket detonated before he could plant it at the Rio Theater.

The fact that Egyptian police were present to arrest Nathanson when he had his mishap led to the conclusion that someone had tipped them off. In time, it became evident that the double agent was Avri Elad, who was arrested after being caught trying to sell information to the Egyptians. He was tried and convicted for illegal contacts with an enemy.

The Egyptians arrested another 11 suspects, two of whom died in custody, with the remainder going on trial in December 1954.

Six were sentenced to prison sentences of various lengths, two acquitted, and Marzouk and Azar were condemned to death.

Though Nasser received many appeals, both formal and unofficial, to show mercy for Marzouk and Azar, he was unmoved, and the hanging went ahead on this day. In April 1977, the remains of both men were transferred to Israel, and were reinterred on Mt. Herzl, in Jerusalem.

Read article in full
Posted by bataween at Sunday, January 31, 2016