Jews from Iraq to get Holocaust payments

Jews from Iraq, Morocco and Algeria who suffered persecution during the Holocaust will soon receive compensation from Israel for the first time. The announcement comes after Israeli lawyers fought suits in the Israeli courts arguing that Nazi incitement was behind the theft, murder and persecution of Jews in Arab countries during WW2. Report in Haaretz: 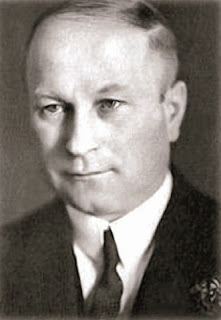 On Thursday, Channel 2 quoted a decision by Finance Minister Moshe Kahlon, who wrote that eligible applicants would receive an annual grant of 3,600 shekels ($929), as well as discounts on medication. Kahlon described the move as the “correction of a historic injustice.”

The decision was based on historical material submitted to the Finance Ministry as part of lawsuits by Iraqi Jews, who have been battling to be recognized and compensated as Holocaust survivors from Europe are.

The battle in recent years has been led by attorney David Yadid of Tel Aviv, chairman of the Israel Bar Association’s Holocaust survivors rights committee. Several suits filed by Yadid against the Finance Ministry are being heard in courts around the country.

The suits were accompanied by the opinion of historians who believe that the Nazis were behind the murder, theft and persecution of Jews in Arab countries during World War II. For example, Yadid says the 1941 pogrom against Iraqi Jews known as the Farhud, in which 179 Jews were killed and 2,000 wounded, was “the direct result of methodical and organized Nazi incitement and propaganda.”

To back his claim, Yadid has submitted new studies asserting that “Nazi Germany’s organizing and guiding hand was behind the Farhud,” which was “an inseparable part of the Holocaust.” The Holocaust Survivors Rights Authority at the Finance Ministry has claimed that Nazi involvement in Iraq was marginal and that the case of Iraqi Jewry cannot be compared to that of Jews under Nazi rule.

As of now, only Holocaust survivors from Europe, Tunisia and Libya receive monthly payments from the state of at least 2,200 shekels, with the actual sums determined by various criteria. By law, these payments are only made to those who immigrated to Israel before 1953.

The Finance Ministry would now compensate Jews from Iraq, Morocco and Algeria, though these payments would be much smaller, only 300 shekels a month.

The lawsuits filed by immigrants from Arab countries are continuing for now, though they may have to be revisited once the details of the new decision are known. Yadid told Haaretz the treasury’s move was a “big step,” especially for those who arrived in Israel after 1953 who otherwise would not have received  compensation.

For those who came before 1953, the sums are merely a “consolation prize,” he said, adding that they should receive the same allowances given to those from Europe, Tunisia and Libya.

Farhud survivors may get Holocaust reparations

I don't know about the history of the Jews in Libya, Tunisia, Morocco, and Algeria during WWII. Why do these people already receive compensation/why will they? What specifically happened to them during this period that justifies the receipt of compensation?

Molly: Tunisia and Libya were under direct Nazi occupation and Fascist occupation respectively.Jews suffered in labour camps and hundreds died. Over 800 Libyan Jews with British passports were deported to Bergen Belsen.
The Jews in Morocco and Algeria came under French Vichy rule - the French pro-Nazi government. They were subject to anti-Jewish measures, loss of jobs, university quotas and other restrictions. Jews in Algeria were stripped of their French nationality.
The compensation paid out to Jews by Israel would have been passed on by the French or German governments.
The Iraqi Jews suffered from a pro-Nazi pogrom in 1941, the Farhud. Type Farhud in the search box at the top of this blog to find out more.

"Morocco, Algeria, Tunisia, Libya" are anachronistic terms, as they were not independent in the Shoah - they were EUROPEAN possessions. Read more:


"The growing assault on history and memory" (Lipstad's book)

"Shoah, the Holocaust of the Jewish people," was a chapter in Jewish history, when ALL Jews were targeted, persecuted and murdered, by the SAME perpetrators and/or allies, and because of the SAME reason - they were Jews: ahdut am, ahdut goral - Hebrew for ONE people, ONE destiny.

I waited more than 17 years to see this title:
Jews from Iraq, Algeria to get Holocaust survivors’ benefits
http://www.timesofisrael.com/jews-from-iraq-algeria-to-get-holocaust-survivors-benefits/?utm_source=The+Times+of+Israel+Daily+Edition&utm_campaign=fec5fd3462-2015_12_05&utm_medium=email&utm_term=0_adb46cec92-fec5fd3462-54933241

Kahlon is correct when he stated: "rights a historical wrong.… The decision is based on historical evidence."

The problem: some historians/institutions have not been connecting between the persecution of the Jews in Vichy North Africa with the laws enacted by the pro-Nazi FRENCH government in mainland France.

This story is an opportunity for some Holocaust institutions and the reporters to tell history of the Holocaust, as per ALL the CONTEMPORANEOUS geopolitical historical realities of the era, "in order not to give credence to Holocaust deniers:"
One MUST not look at CONTINENTAL Europe, a geographic entity. One must look at the political historical "proper context" (Bauer) and "CONTEMPORANEOUS context" (the ushmm). The Holocaust didn't evolve from continental Europe to continental North Africa (a geographic region).

The "Shoah, the Holocaust of the Jewish people" (as defined by Bauer and Shalev, Director of Yad Vashem) was a POLITICAL process, that evolved in POLITICAL IMPERIAL Europe - "Europe – the European nations and their overseas possessions" as Hitler himself defined Europe. The history of the Holocaust in EUROPE, a transcontinental and IMPERIAL Europe must include the story of the discrimination, persecution, deportations and murder of the Jews in Europe's possessions, in VICHY North Africa and ITALIAN North Africa, as described in their Holocaust books on the Holocaust of European Jews, by Yehuda Bauer, academic advisor at Yad Vashem and its former Director, Martin Gilbert, Lena Yahil and others.

All Holocaust institutions, historians and reporters MUST use "precise terminology" and "contemporaneous context" as per the educational guidelines of the United States Holocaust Memorial Museum and Bauer.
The Israeli Jews from VICHY Tunisia and ITALIAN Libya, who were persecuted in the EUROPEAN Shoah, had also to sue to receive compensation. The Jews of Denmark and European North Africa were spared the mass deportations and mass murder, that took place in the rest of Europe.

Few understand and know that FRANCE is (till today, with other overseas possessions) a TRANCONTINENTAL country that includes mainland France/the Metropole in CONTINENTAL Europe, and its overseas territories in Vichy North Africa, and that there were NO independent Arab countries in North Africa during the Holocaust. Some historians/institutions are incorrect in writing: "North Africa", just a geographic expression (the Holocaust was a POLITICAL process), "Arab countries, " as Tunisia, Algeria and Morocco became independent AFTER the Holocaust, after the mid-1950s. Thus, "North Africa", Algeria, Tunisia and Morocco shouldn't be used, because of anachronism)

Shaked' s part 2
“The benefits are to be given to Jews from” FRENCH Algeria and FRENCH Morocco, “because they suffered from antisemitism between 1940 and 1942,” under pro-Nazi VICHY rule, and NOT because they lived in Arab countries or in the Maghreb. Those Jews, like the Jews of VICHY Tunisia, were discriminated and persecuted by the SAME perpetrators and the SAME Nuremberg inspired Statut of the Jews enacted in mainland FRANCE, that persecuted the Jews in mainland France.

That’s why, in his book A History of the Holocaust,Yehuda Bauer, current academic advisor at Yad Vashem and its former Director, writes about the persecution of the Jews in Vichy North Africa in chapter
“Ten. WEST EUROPEAN JEWRY, 1940-1944” in the paragraph titled “France.”

Indeed, the ORIGINAL military GERMAN map of EUROPE, dated Jan. 20, 1942, date of the Wannsee conference that discussed the Final Solution in Europe, "irrespective of GEOGRAPHIC borders" (in the Wannsee Protocol), shows a Europe that includes continental Europe AND its overseas territories.

CONTEMPORANEOUS FACT: Pro-Nazi VICHY North Africa was ruled by collaborator pro-Nazi Marshall Philippe Petain, who persecuted the Jews in mainland France and in Vichy North Africa with the SAME antisemitic laws, as Petain's Statut of the Jews included a specific paragraph stating that the Statut should ALSO be implemented in the French overseas possessions, such as I French Algeria, Fr. Morocco and Fr. Tunisia, considered an integral part of "FRANCE." When the Allies landed in Vichy Algeria and Vichy Morocco in Operation Torch, Marshall Petain, ruler of the French State, exclaimed: WE are being attacked!

That's why the following sentence in the article is incorrect:"Aside from European Jews, until now only refugees from Libya and Tunisia were eligible;" it should have been:
Aside from European Jews in continental Europe, until now only refugees from Italian Libya (as Libya was an Italian colony) and FRENCH Tunisia (which was a FRENCH protectorate until 1956, and only then,I n 1956, became an Arab INDEPENDENT COUNTRY) were eligible .

"According to Israeli daily Haaretz, historians see a connection between Nazi Germany and the acts of murder, robbery and persecution suffered by Jews in Arab countries during World War II. Germany encouraged such acts, the historians claim." The historians are talking about Iraq, which, unlike Vichy Tunisia/Algeria/Morocco, was independent during the Farhud.

Jews from European North Africa and I, have been persistent, because we have been aware of the challenges to enlighten others. As I wrote to the members of the Knesset: accurate truth will prevail.

Thank you for reading my comments. Edith Shaked

Thanks Edith for all your work in this area