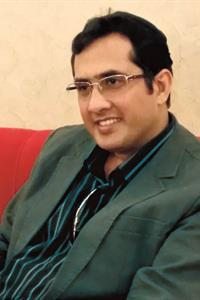 Decades of persecution of religious minorities have driven almost all of Pakistan's Jews out of the country. Any that remain keep their Jewish identities a secret, a Westminster parliamentary hearing into Religious Freedom chaired by Lord Alton heard recently. Report in the Jewish Chronicle by Simon Caldwell:

Fishel Benkhald is the exception. He calls himself Pakistan's only "self-declared" Jew.

His mother is Jewish but, because his father is a Muslim, the Pakistani authorities are refusing to recognise his Jewish identity.

Mr Benkhald's ambition has been to rebuild a demolished synagogue in Karachi and to restore the Jewish cemetery there.

But before applying for permission to embark on the project, he felt it necessary to register his Jewish faith and race with the authorities.

It emerged last week that NADRA, the Pakistani government department that handles citizenship, had thrown out his request.

Mr Benkhald said a seemingly relentless tide of antisemitic propaganda in the country had spurred him to publicly assert his true identity.

He acknowledged that it was "dangerous" to come out as a Jew in Pakistan, but added: "My political side outgrew my fear. I felt less hesitant about claiming my religion more publicly than I would have before.


Pakistan is one of those states without Jews who blame Jews for everything
"My dream is to gain empathy. Later I will try and get help and start the process for a small synagogue."

Applying to change his religious identity was worthwhile just to be able to document the response of the government, he said.

The revelation that there is now just one openly Jewish person living in Pakistan emerged at a private meeting in Parliament about human rights violations in the south Asian country.

Lyn Julius of Harif, the UK Association of Jews from the Middle East and North Africa, told the meeting that in 1947, the year of Pakistan's partition from India, there were an estimated 3,000 Jews living in the country.

The Jews formed part of a distinguished professional class and included Moses Somake, who designed many of Karachi's landmarks, and Leopold Weiss, who helped to draft Pakistan's constitution.

"They burnt the Karachi synagogue. Every time there was a war in the Middle East, the Jews suffered the repercussions.

"In 1948, most Jews left for Israel, and the population continued to decline so that after 1967 there were only 350 Jews left.

"In 1988, the Magen Shalom synagogue in Karachi was demolished under Zia al-Huq and a shopping centre was built on the site."

The last recognised Pakistani Jew, she said, was Rachel Joseph, who died in 2006 at the age of 88 after campaigning without success for a small synagogue.
Mrs Julius said: "The end of the Jewish community in Pakistan has not meant the end of antisemitism.

"Pakistan has joined the ranks of states without Jews who blame the Jews for everything that goes wrong.

"They imagine that the Jews are engaged in a global conspiracy to control the world," she added. "Having got rid of their Jews, they think they have expelled the virus, but it is they who are suffering from a pathology. Targeting minorities is a sign of a sick society."

Read article in full
Posted by bataween at Saturday, November 28, 2015

off topic// article about Israel cabinet policy re Jews from Arab lands and Iran
from the News1 site -- http://www.news1.co.il/Archive/001-D-372581-00.html
The first line of the article reads: "Prime Minister Binyamin Netanyahu instructed broadening studies of the heritage of Jews coming from Arab lands and Iran in the educational system . . . "

There must be at least a minyan's worth of men still there if our openly Jewish Pakistani is clamoring for a synagogue...wouldn't you think?