Sima Goel, author of Fleeing the Hijab,  is dumbfounded that the free world can give the fanatical Iranian regime, which caused her to flee her home city of Shiraz,  the means to become a nuclear power. Article in Canadian Jewish News: 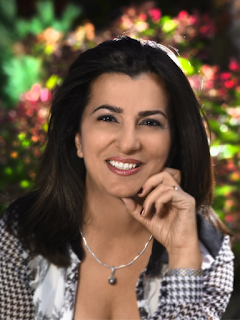 I was born in Iran. I know the country and I love its people. During the reign of the Shah, the Jewish community prospered. He was good for us, and we were good for him. At the time, there were no university quotas for Jews. We could learn, and work in professions that suited us. We had Jewish schools, kosher shops and synagogues.

In the late 1970s, there were 100,000 Iranian Jews, and as long as we avoided politics, we had a place. Although under the Shah we prospered, the old claws of anti-Semitism still scarred us. At the age of six, I had my own interaction with this evil. As I played with a new friend in the park, the girl’s mother recognized that I was a Jew. She pulled my friend away, muttering, “Najest – dirty, impure Jew.” I still cringe, remembering this experience.

Under the Shah, the word of a Jew was equal to that of a Muslim in court. But on the playground, the narrow-minded dictated their own rules. After the revolution, life changed dramatically. Muslim principals replaced the Jewish ones at Jewish schools, and Shabbat was no longer a respected holiday. It became difficult to import religious items because the trade in religious objects suggested to the paranoid government an alliance with Israel.

All Iranian women, including Jewish ones, were obliged to wear the hijab. The government slowly rescinded many of the social advances made by the Shah in his effort to bring Iran in to the modern age. After Iran became an Islamic state, we lost the comparative ease we enjoyed in former years. Schools edited references to female poets and social scientists. Modern music was forbidden, as was classical. Fanatics often took the law into their own hands to police social behaviour. The testimony of a Jew in court became worth only half of that of a Muslim.

Rumours circulated, serving to frighten people into accepting draconian changes. Was it true that women who showed too much hair could have acid thrown in their faces? Nobody dared take a chance, and so half the country swathed itself in robes. The atmosphere of fear was part of an effective strategy to obtain compliance.

Throughout history, Iranian Jews had lived under different rulers and ideologues. We adapted to the most difficult of circumstances, always remembering that the bodies of our ancestors lay mouldering in the soil long before the first Muslims ever stepped foot in rich and beautiful Iran.

But here, on the other side of the world where I live openly as a Jew, I look to the politicians for guidance and protection, and I am dumbfounded. I cannot believe that we have offered the Islamic Iranian government access to nuclear technology and have removed the economic sanctions they loathed. It’s a comedy; it’s a circus; it can’t be real that we give to this international bully the most brutal and dangerous ammunition ever created. Many believe that the mullahs will funnel the new money into supporting terrorism, and with their nuclear capacity, destabilize the whole world.

Septembers of Shiraz: a review of the novel
Posted by bataween at Sunday, October 11, 2015