Mizrahi Jews in the US are divided on whether to tick a proposed 'Middle East' box on official US documents, the result of lobbying by Arab groups.  Those who will still identify as 'white', interviewed by Haaretz, seem to think that if they have not experienced antisemitism, they would not be comfortable to be labelled as a ' Person of Color'. Some fear what the new category would be used for: 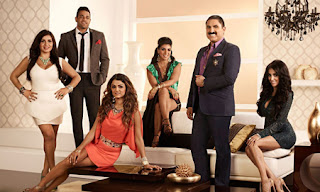 Persian Jews: too privileged to be labelled 'Middle Eastern'?

Young American Mizrahi Jews are unsure of what the new category will mean for them.

“I have always been identified as Caucasian,” San Francisco student Shira Yomtoubian told Haaretz. “I remember once I thought about writing Middle Eastern in ‘other,’ but I thought they would still consider it Caucasian.”

“I think it’s a great cause, that we would have representation, but on the other hand it could be used to tag Middle Eastern people,” Yomtoubian added. “And I don’t know if I want that. For example, when I go to the airport in the United States, I can’t tell you, every time I’m stopped. I think if you have any kind of features, I’m not upset about it, unless I’m in a hurry, but there is like this target. I’m wondering how they would use this information.”

Her fears are not baseless. After the September 11 attacks, the U.S. Census Bureau handed over databases with addresses of Americans of Arab extraction to security organizations.

“But I would check it,” added Yomtoubian. “I wouldn’t lie.”

Other Jews believe that the discrimination experienced by Americans of Middle Eastern origin is not serious enough to identify them as people of color, and that this definition is reserved mainly for Americans of African or Asian origin.

“Because I work as an activist, this question comes out a lot,” says Shaily Hakimian, a Jew of Moroccan parentage who works for an LGBT group. “Like, for example, we have a POC [person of color] hospitality suite where people can go and speak to other people. And because I haven’t been disenfranchised in the same way as a black person has, I don’t feel that is my space. I also don’t want to take any space that wasn’t meant for me.”

Hakimian adds that despite not looking white, she does not feel that people attach to her stereotypes they have of Middle Eastern or African people.

“The worst thing I remember was one time when I was ordering a burrito in college, and when I had to choose ingredients, the guy said, ‘You look like someone who likes olives,’” she recalls. “But I have benefitted from looking whiter. If there was a form I would check Middle Eastern, or else ‘other.’”

Questions about the privileges of American Jews also come up in a talk with Galeet Dardashti, a musician and anthropologist whose father moved to the U.S. from Iran.

“I myself do not identify as a ‘Person of Color,’” she says. “I see the POC label as very specific, referring less to the color of one’s skin and more to an experience of societal marginalization. I am notably darker than most Ashkenazim and I routinely get ‘randomly’ checked at the airport,” She notes that she recently received a full-body pat down in a private room.

“In general, however, I have experienced almost no discrimination in the U.S.,” she says. “While I certainly do not discount the experiences of other American Jews of Middle Eastern and North African background who have felt discrimination, this was not my experience. The worst thing I can remember was a high school classmate giving me a dirty look and asking if my family was Iraqi (conflating Iran with Iraq) during the First Gulf War. So, I personally don’t feel comfortable self-identifying as a ‘Person of Color’ from such a privileged vantage point.”

Email ThisBlogThis!Share to TwitterShare to FacebookShare to Pinterest
Labels: Indigenous Jews, Iranian Jews in US

Why not write in "Persian" or "Semitic"?
Why conform to their boxes?

Yes, I am more and more in belief that I have experienced "racism" as a "Semitic" looking Jew and I should be allowed to
be identified as "Middle Eastern" even if I am descended from the E. European diaspora.

Because you are Semitic. Our patrilineal DNA is still middle eastern. The idea that all Ashkenazi pass is mind boggling.