With thanks Gina and Michelle


In spite of prime minister Netanyahu's mis-statement that it was the Mufti of Jerusalem who persuaded the Nazis to exterminate the Jews, the storm of controversy he has ignited will have the positive side-effect of focusing attention on the Mufti's role as a collaborator with Hitler who never missed an opportunity to encourage and spread the Nazi genocide. Wolfgang Schwanitz, who authored with Barry Rubin 'Nazis, Islamists and the making of the modern Middle East' has waded in at Middle East Forum: In his 1999 autobiography,   Schwanitz affirms, a senior Nazi official admitted how the Mufti advised Hitler and other leading Nazis, and that he acquired full knowledge of the ongoing mass murder. 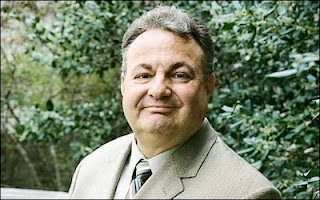 After the [1914-1918] war, the thinking of Hitler and al-Husaini had developed along parallel lines. Both the grand mufti and Hitler developed the idea that only exterminating the Jews would let them achieve their goals.

The writer Melanie Phillips has reproduced a passage from Schwanitz and Rubin's book:

"..The alliance between these two forces was logical. Al-Husaini’s 1936–39 Palestinian Arab rebellion received weapons from Berlin and money from Rome. In 1937, he urged Muslims to kill all the Jews living in Muslim lands, calling them “scum and germs.” But al-Husaini’s ambitions went further. He wanted German backing not only to wipe out the Jews in the Middle East but also to make him ruler over all Arabs. In exchange for Berlin’s backing, he pledged to bring the Muslims and Arabs into an alliance with Germany; spread Nazi ideology; promote German trade; and “wage terror,” in his own words, against the British and French.

"...The Nazis were eager for this partnership. They established special relationships with the Muslim Brotherhood, the Ba’th Party, the Young Egypt movement, and radical factions in Syria, Iraq, and Palestine. Berlin also hoped to build links with the kings of Egypt and Saudi Arabia. In 1939, for example, Hitler met Saudi King Abd al-Aziz Ibn Saud’s envoy, Khalid al-Qarqani, telling him: 'We view the Arabs with the warmest sympathy for three reasons. First, we do not pursue any territorial aspirations in Arab lands. Second, we have the same enemies. And third, we both fight against the Jews. I will not rest until the very last of them has left Germany.'

“… But first, Hitler had to decide precisely how 'the very last' of the Jews were to leave Germany. As late as 1941, Hitler thought this could happen, in the words of Hermann Göring in July, by 'emigration or evacuation.' Yet since other countries refused to take many or any Jewish refugees, Palestine was the only possible refuge, as designated by the League of Nations in 1922. If that last safe haven was closed, mass murder would be Hitler’s only alternative. The importance of the Arab-Muslim alliance for Berlin, along with the grand mufti’s urging, ensured that outcome. And al-Husaini would be present at the critical moment Hitler chose it.

“… Hitler gave al-Husaini a ninety-minute meeting on November 28, 1941. Hitler’s preparatory briefing, written by Grobba, stressed that al-Husaini was in tune with Germany’s ideological and strategic interests… Al-Husaini thanked the German dictator for long supporting the Palestinian Arab cause. The Arabs, he asserted, were Germany’s natural friends, believed it would win the war, and were ready to help. Al-Husaini explained his plan to Hitler. He would recruit an Arab Legion to fight for the Axis; Arab fighters would sabotage Allied facilities while Arab and Muslim leaders would foment revolts to tie up Allied troops and add territory and resources for the Axis. Hitler accepted, saying the alliance would help his life-and-death struggle with the two citadels of Jewish power: Great Britain and Soviet Russia.

“At that moment, the Third Reich was at the height of its victories. German forces were advancing deep inside the Soviet Union and nearer its border with Iran. General Erwin Rommel was moving into Egypt and many Egyptians thought Cairo might soon fall. When the day of German victory came, Hitler continued, Germany would announce the Arabs’ liberation. The grand mufti would become leader of most Arabs. All Jews in the Middle East would be killed. When al-Husaini asked for a written agreement, Hitler replied that he had just given him his personal promise and that should be sufficient.

“...Considerations of Muslim and Arab alliances, of course, were by no means the sole factor in a decision that grew from Hitler’s own anti-Semitic obsession. But until that moment the German dictator had left open the chance that expulsion might be an alternative to extermination. When Hitler first told Heydrich to find a 'final solution,'the dictator had included expelling the Jews as an option. Already, the regime estimated. it had let about 500,000 Jews leave Germany legally during seven years of Nazi rule. Yet if the remaining Jews could only go to Palestine, and since ending that immigration was al-Husaini’s top priority, emigration or expulsion would sabotage the German-Arab alliance.

“Given the combination of the strategic situation and Hitler’s personal views, choosing to kill the Jews and gain the Arab and Muslim assets necessary for his war effort was an easy decision. Consequently, Hitler ordered the Wannsee Conference to devise a detailed plan for genocide. Since this decision was linked to the alliance with al-Husaini he would be the first non-German informed about the plan, even before it was formally presented at the conference. Adolf Eichmann himself was assigned to this task. Eichmann briefed al-Husaini in the SS headquarters map room, using the presentation prepared for the conference. The grand mufti, Eichmann’s aide recalled, was very impressed, so taken with this blueprint for genocide that al-Husaini asked Eichmann to send an expert—probably Dieter Wisliceny—to Jerusalem to be his own personal adviser for setting up death camps and gas chambers once Germany won the war and he was in power.”

my research into the subject does NOT find that Husseini played a decision-making role in the Shoah or that he somehow persuaded Hitler to do it. Of course, he enthusiastically welcomed the Shoah as well as Hitler's promise to destroy the Jews in Arab lands [promise made at the hitler-husseini meeting of 28 November 1941]. He actively collaborated in it and advised the eastern European satellite state of Germany to send Jewish children to Poland where, he wrote, they would be under "active supervision."

See link for quotes from the record of the hitler-husseini meeting and for a link to a video of husseini arriving at hitler's HQ for his meeting with hitler, as well as bibliography.