More from the Iranian regime's favourite Jewish mouthpiece, the country's only Jewish MP: Siamak Moreh Sedgh has blasted what he termed “the destruction of mosques in the Muslim world,” in a possible reference to the ongoing unrest in Jerusalem over the imagined threat to the al-Aksa Mosque. But could Moreh Sedgh be referring to the crane tragedy which killed hundreds of Iranian pilgrims at Mecca? Report in the Jerusalem Post: 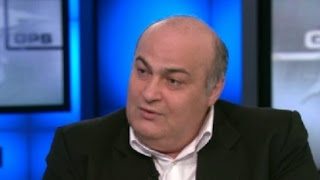 
According to Iran’s Mehr News Agency, Siamak Moreh Sedgh, a former community leader who holds a parliamentary seat reserved for a representative of the country’s Jews, stated that mosques are the “best element for unity in the Muslim world, but have fallen into the hands of terrorist groups and are being destroyed.”

“I personally respect followers of all religions and wish them success,” he continued. “Many holy places of the Muslim, Christian and Jewish people have come under attack, and this matter has provoked the anger of all believers.

Unfortunately, today we are also witnessing the destruction of mosques in the Muslim world.”

“All of us have the responsibility to protect religious holy sites,” MNA cited Sedgh as saying, adding that he had asserted that members of other faiths must respect Muslim values.