Cynthia Shamash Kaplan was eight years old when she fled persecution in Iraq. She has put up a spirited case for Iraq to return Jewish documents and books to the community. Her new book, The Strangers we became, deals with the alienation of refugees in their new land. Review  by Rachel Sara Rosenthal: 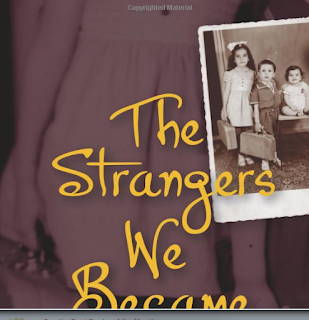 Shamash infuses her tale with emotion but never loses the facts of her experience in the whirlwind of her flight to Turkey, reunion with family in Israel, isolation in the Netherlands, education in England, and finally the possibility of a new beginning in New York. The anecdotes from Shamash’s Iraqi childhood are unique and touching, but the good cannot outweigh the discrimination and hostility toward Jews that eventually touch her family through her father’s forced resignation from his job with a major accounting firm and the family’s struggle to leave Iraq that at one point lands them all in jail.

Finally free, outside Iraq, such nostalgia is insufficient to sustain them as a family, and—as the title suggests—they become strangers in a new land. Shamash struggles with isolation and confusion in school; her parents contend with caseworkers who help yet judge their differences and language barriers that block possibilities for advancement in a culturally liberated Western society.

Shamash’s writing beautifully communicates the confusion, imagination, and resilience that she experienced as a child from the trauma, displacement, and possibility of immigration, all caused by anti-Semitism. She weaves her story so well that the reader truly feels what the author has lived. It is only at the end of her tale that one must reckon with the impacts of poverty and instability on Shamash and her family and acknowledge the courage they all have shown in building new lives in unfamiliar places. The story moves quickly, so that there is much for a reader to absorb—perhaps too much—but then Shamash holds the events and the emotion so expertly in sync that the power of the story is enhanced rather than lessened by the fast pace.

Iraqi Jews fight for their memorabilia
Posted by bataween at Thursday, October 01, 2015