Bangladesh has almost no trace of Jews left 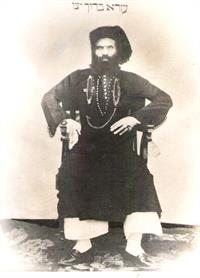 
Although the Jewish general, JFR Jacob, played a major part in winning Bangladesh's battle for independence, the country has discouraged Jews from remaining there, wiping out remembrance of almost everything Jewish, including the synagogue. Shalva Weil writes in The Jewish Chronicle:

A piece on Jews in Bangladesh may raise some eyebrows. Bangladesh is officially a parliamentary democracy, but 90 per cent of the population is Muslim. There are no diplomatic relations with Israel, and Bangladesh has discouraged Jews from remaining there, wiping out remembrance of almost everything Jewish, including the synagogue. Yet once it was different, and East Pakistan - today Bangladesh - boasted a thriving, if small, Jewish community.

The East Bengal Jewish community was established by Shalom Cohen (1762-1836), the founder of the Calcutta (today Kolkata) Jewish community in West Bengal, who migrated from Surat to India in 1798.

Cohen came to Dacca (today Dhaka) to trade in cloths, silks and muslins, and established business with Jewish employees in the capital. In 1817, Moses Duek, a businessman married to Cohen's eldest daughter, Lunah, left Calcutta to reside for five years in Dacca, during which time he established a prayer hall there.
Throughout the 19th century and first part of the 20th, Baghdadi Jews continued to run businesses in Dacca, but most resided in Calcutta. They traded textiles, pearls and opium, on which they became rich.

At the time of Partition of Bengal and India in 1947, there were some 4,000 Jews in West Bengal, primarily in Calcutta but only about 135 Jews were actually residing in East Bengal. East Bengal later became East Pakistan, a part of the new nation of Pakistan, but separated geographically from it by 1,600 kilometers of Indian territory.

Ironically, a Jewish architect from Philadelphia, Louis Kahn, designed the most important building in East Pakistan, the Jatiyo Sangsad Bhaban, the National Assembly building. Ranked as the world's largest legislative complex, this National Assembly was begun in 1961 and was only completed in 1982, eight years after Kahn's death.

In 1971, the Bangladesh Liberation War took place. Interestingly, it was another famous Jew, Lieutenant General J F R Jacob, who liberated East Pakistan during this war. General Jacob, as he is known, was formerly governor of the Punjab and Goa; today he resides in New Delhi. He was born into a Baghdadi Jewish family in Calcutta, and never hid his Jewish ancestry.

On the contrary, when I first reached India in the late 1970s, Lt General Jacob was an active member of the well-known New Delhi prayer hall, the Judah Hyam Synagogue, which celebrated its 50th anniversary in January 2007. He reached the highest ranks in India, which traditionally promoted co-existence and lived in harmony with its Indian Jewish minority. His finest hour was in 1971 when, as Chief of Staff of the Indian Army's Eastern Command, he defeated Pakistan during the Indo-Pakistani War in two weeks, and successfully liberated East Pakistan. As fighting raged, he flew to Dhaka and negotiated with Pakistan's military commander an unconditional surrender of 90,000 Pakistani soldiers to the Indian Army. This public surrender, enacted under the auspices of the United Nations, is the only one in history. East Pakistan then became the independent state of Bangladesh.

There is no synagogue today in Bangladesh, although a few expatriates do meet up on the eve of the Jewish New Year and on the Day of Atonement. A posting on Trip Advisor by a tourist asking where the synagogue is in Dhaka for Yom Kippur received no serious response and a few months later, the blog was closed by the Trip Advisor staff "due to inactivity". On a blog relating to the Jews of Bangladesh, one blogger writing from Brooklyn, New York, told that he was of mixed ancestry, his father being Yemenite Jewish and his mother Bangladeshi; he himself went through a full Orthodox conversion. Other people have written into the same blog saying they do business with Bangladesh, visit there, and a few even stay for a while. As one person wrote: "The only Jews you will find in Bangladesh are those merchants with extensive business reasons to stay in Bangladesh."

Joseph Edward of Ontario, Canada, wrote to me the history of his family and gave me permission to quote him. Joseph was born in Chittagong, Bangladesh, and moved to Canada in 1986. In Chittagong, there is a Second World War British and Commonwealth cemetery, the War Cemetery. There one can find the grave of an RAF sergeant from England with the Star of David on it. Joseph Edward's father, Rahamim David Barook and his older brother Ezra Barook, were born in Calcutta, and moved to what was then East Pakistan. They adopted the surname Edward; his brother Ezra was known as Eddy Edward. Rahamim David Edward (formerly Barook), Joseph's father, worked in the shipping industry, and married a Catholic of Portuguese descent, who was a school teacher. His uncle married a tribal Chakma king's daughter from the Chittagong Hill Tracts. She died during childbirth and Joseph Edward's uncle gave his son up to a Muslim family for adoption.

Joseph Edward's great-grandfather, Ezra Barook or Hacham Reuben (pictured left), came from a distinguished Rabbinic family from Baghdad; he was buried in the cemetery in Calcutta in 1900. In recent years, Joseph Edward has been in contact with Jewish cousins living in Arad and Beersheba, Israel. Other members of the family live in Sydney, Australia, in the UK and in Toronto, Canada.


Read article in full
Posted by bataween at Thursday, October 08, 2015

Email ThisBlogThis!Share to TwitterShare to FacebookShare to Pinterest
Labels: Jews of Bangladesh, Jews of India, Jews of Pakistan

I am the author of the JC article. My article is NOT about Jews who settled in Bengal and it IS about Jews in Bangladesh proper. The comments of the person who posted my article are also inappropriate. Bangladesh did not exactly banish all trace of Jews. They departed from this Muslim country, but were not thrown out. If you left the article as I wrote it, it would be fine. I hope you asked permission from the JC.

Your comments noted, and amendments made. There is no suggestion that the Jews were thrown out, but you say yourself that Bangladesh 'discouraged' them. Sadly, this was the situation in many Muslim countries.