Film on the Jews of Egypt has happy ending 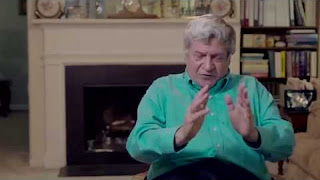 The title could have been : 'The Golden Age of Egyptian Jewry' or 'The Polyglot Paradise', or even 'My Beautiful Beach hut'. Instead, Milan-based Elliot Malki decided to call his film 'Starting Over'. (Film no longer available on Youtube)

For the 80,000-member Jewish community - now reduced to fewer than 15 - did not dwell on its brutal expulsion and displacement. It rolled up its sleeves and 'started over'.

In a mixture of languages which reflected the muti-ethnic hotchpotch that was 1930s and 40s Egypt, Malki's interviewees dwell on the tolerance in the country - a product of culture, not education, as one patrician Muslim exile put it.

One story stands out in particular: Ada Aharoni 's family took in a Muslim boy named Mabrouk. He lived with them for six years, but protested when he could not accompany them into exile: Aharoni's father was stripped of his work permit and the family were forced to leave for Israel in 1948. Her father gave the boy a sum of money and bid him spend it on his engineering studies. Much later, after the signing of 1979 Israel-Egypt peace treaty , Ada tracked down Mabrouk. He was delighted to see her; he had become an engineer, and was now the mukhtar of his village.

The film seems to blame anti-colonialism for the downturn in the Jews' fortunes, when General Naguib and the Free Officers overthrew the pro-British and corrupt monarchy in 1952. But even as French and British passport-holders were expelled after Nasser's nationalisation of the Suez canal in 1956, Armenians, Italians and Greeks were not expelled - only the Jews.

One of the most interesting aspects of the film is that the younger generation managed to adapt to exile so much better than the old. One father was astonished when his son got himself a job after answering a newspaper advertisement instead of in the time-honoured way of his father pulling strings.

The film ends on an upbeat note - exile has led to undreamed-of opportunity: this refugee became an aeronautics expert, that refugee a senior engineer, this one a writer, that one a businessman. They bear out the story (in another film) about a Jew who insisted on laying flowers on Nasser's grave. The accompanying message read:" thank you Nasser for kicking us out of Egypt, for if you had not done so, I would never have become a millionaire!"
Posted by bataween at Monday, September 21, 2015

With Yom Kippur in just a few hours - and speaking of the Jews of Egypt-
here is a rare recording of Laila Mourad singing El Nora Alila(before her conversion, I suppose)
This prayer was written by Spanish philosopher and poet Moses Ibn Ezra (c. 1055-c.1138). It is part of the “Ne’ilah” the closing of Yom Kippur prayers. It has been adopted in Ashkenazi rituals.

This ancient Sephardi prayer (possibly dating from the days of the Geonim) is sung during the days of Awe and on Yom Kippur.It is now widely known in Israel and abroad and has been popularised.

-Kol Nidre always gives me goose bumps. Also a very ancient prayer in Aramaic aimed at releasing vows not fulfilled during the year in those days when people didn’t use to write contracts. Later its intention is limited to Jews meant who were forced to convert.

Here is the Sephardi Kol Nidre with the introductory prayer
https://www.youtube.com/watch?v=1lh5rVwS8_Q,

Thanks for this, Sylvia, I have uploaded your very interesting links as a separate post. Gmar Hatima tova to you and all PoNR readers!