Nowadays Mizrahi music is dominating Israeli popular culture - but people still prefer to listen to the music they were brought up with, writes Elad Massuri in Jewish Journal. 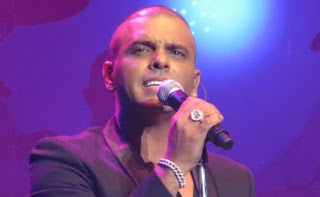 I interviewed Shlomi Shabat, one of the most famous Israeli singers to come to L.A. in recent months.

If we want to compare him to American singers, Shlomi Shabat is our Stevie Wonder.

He is a “soul singer” in that his songs are an inseparable part of the Israeli music and his music is widespread in the different sectors of the Israeli society.

With excitement, Shlomi told me of his experience performing in front of Israeli audiences, and he shared with me that during his concert, he saw different kinds of people from different ethnicities in the audience — religious and secular, Ashkenazi and Mizrahi.

The audience variety at his concert exists because Shabat, a Jewish Israeli with Turkish roots, found during his career a certain formula for songwriting that draws influence from different Jewish cultures.

While I was talking with him, I was trying to understand what exactly is “Israeli music.” Does it even exist? After all, Israeli Jews are a mix of Jewish people from all over the world.

In the past five years, Israeli music went over a few speed bumps.

The Ashkenazi music, which dominated for a few decades in Israeli mainstream music, had played on radio stations almost exclusively.

But in the past five years, things changed and Ashkenazi music lost its popularity — it became much less played on the radio, and it no longer dictated the agenda of the Israeli music.

At the same time, after years of social isolation, when Mizrahi music was not played on the radio and the singers worked only at small events such as weddings and bar mitzvahs to make a living, Mizrahi music suddenly became more popular.

Today, Mizrahi singers are dominating the Israeli music scene and they earn a lot of money from concerts in Israel and worldwide.

This division is not because of an aversion to certain singers’ roots.

Music is a product of culture, and people who grew up in a certain culture learn to know and love the music that was played around them.

We connect with music that reminds us of home, with melodies that were played during our childhoods and with lyrics that talk about familiar topics.

That is what’s happening, naturally, in synagogues in Israel and Los Angeles — most Mizrahi Jews will want to go to Mizrahi synagogues so they can pray in their own familiar way, and it is exactly the same for Ashkenazi Jews.

It is impossible to turn back the clock and change the cultural influences that each generation is steeped in; the faith and music of one's childhood is inextricably linked to their parents and their synagogues. They will probably influence their own children the same way by imparting their own tastes onto the next generation's psyches.

It is important for us, the Jewish public, to be exposed to a variety of Jewish music so that we won’t lose parts of our culture.

The music that the Jewish and the Israeli communities in Los Angeles are exposed to today will become the music of tomorrow.

A Jewish-American kid with Mizrahi roots who is exposed to the music of Golan, and at the same time to the music of Kleinstein, will not be able to distinguish between them, and, to that kid, both will be “Israeli music.”

This way we could remove the barriers between the two cultures and we could create a single Israeli music that tells of our different cultures — for example, as is being done by artists such as Boaz Sharabi, who uses melodies from the Yemen-Jewish diaspora but also Western musical instruments such as piano and violin, and whose lyrics address topics that every Israeli can feel connected to.

Read article in full
Posted by bataween at Wednesday, September 16, 2015

During my last visit to Israel in 2009, I could discern no air play of Mid East or Mizrahi style music on Israeli radio stations. No more no less than my last visit in 1973-4. On the other hand, I did find such music easy to find in Yafo and Jerusalem's Jewish market. And I'm from the Ashkenazi diaspora. Typically, Israeli radio continues to be mostly Western style, folk rock or light jazz music. How about a greater mix of styles, Israel radio?