Jewish refugees must have congressional hearings

Reactive and defensive. That's one way of describing Israel's failure to put its case. To help Israel go on the offensive, the rights of Jewish refugees play a major part in the 'narrative'. The refugees  must have congressional hearings in the US. Rabbi Professor Dov Fischer explains in Arutz Sheva: 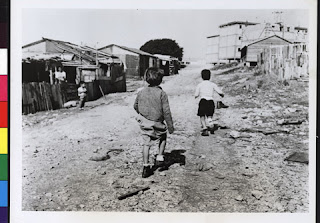 We Need Our Friends in Washington to Initiate Congressional Hearings on Reparations for Jewish Refugees from Arab Lands. On the “refugee question,” similarly, we have to go beyond playing defense.  If there are refugees, then there were 800,000 Jewish refugees from Arab lands who lost everything when the Arab world uprooted them in the 1940s and drove them out from lands where they had lived half a millennium, even as those Arab countries confiscated their landed property.

Today they and their descendants number in the many millions.  So, if the 400,000 or 500,000 Arabs who departed from Israel during that parallel period, mostly voluntarily, now number in the millions of UNRWA “refugees,” it is time to demand justice for the even-more-millions of Jewish refugees who truly were forced into diaspora on pain of death.  Demand legislative hearings in Washington, lots of hearings by lots of different pertinent Senate and House committees, in America’s capital on restoration of property and reparations for Jewish refugees.

That is how issues become issues in America.  One law student, Sandra Fluke, testified before a “mock legislative committee,” and the entire nation began debating whether the government should be required to pay for every American woman’s contraceptives.  So we need hearings on the restoration of losses sustained by the Jewish Refugees from Arab Lands.  Then, with the issue explained and the American public educated, we need to demand freezes on Arab governmental assets in America for court-ordered seizures and for transfer to American families among the Edot HaMizrach (North African Jewish) victims to compensate and restore refugee property – just as we have been doing for Holocaust victims who today are recovering damages for stolen Nazi-era property, for unpaid wages during their enslavement, and for insurance benefits they were owed but never paid after having paid their life-insurance and commercial-property premiums in Europe during the years of the Holocaust.
Now for the second period or the fourth inning, or for the next set of downs — pick your metaphor — because the game is just getting started:

5.  We Americans Must Stop Funding UNRWA.  Demand a complete end to all American funding for the UNRWA, the United Nations agency that promotes anti-Jewish hatred throughout Gaza and in Judea and Samaria, as they accede to the myth of “Palestinian refugees in Palestine.”  We are so accustomed to playing defense that we never even ask:  “How in the world can people who were not even alive in the 1940s be called ‘refugees’ from somewhere they never fled?  And even if they were ‘refugees,’ how can they still be deemed as ‘refugees’ now that they are living in their supposed homeland?”  When people “return home,” they no longer are “refugees.”  Period.  End of story. Under any conceivable definition or scenario, how can there be “Palestinian refugee camps” in Jenin or Gaza?  Are there “Katrina refugee camps” in Baton Rouge?  “Hurricane Sandy refugee camps” in the Bronx?

The UNRWA needs to close down in Gaza, in Jenin, and elsewhere – and America needs to stop funding it.  Most American citizens have no idea that the United States funds more than one-fourth of the UNRWA’s annual $550 million core budget, while most Arab countries contribute a pittance.  Last year, the United States gave $130 million to the UNRWA core program, and the European Union gave $120 million, while Saudi Arabia gave $2 million, Kuwait gave $2 million, Qatar gave only one million, and Egypt gave fifteen thousand dollars, while Iraq and Libya gave nothing. In today’s economic environment, there will be many in Washington who will be delighted to see this aspect of an offensive approach to Zionism once they are educated to this incredible anomaly.  The money saved might even be redirected to bolster the economy of Ukrainian freedom advocates.  The European Union can redirect the money to its financially tottering constituents know as PIGS: Portugal, Ireland, Italy, Greece, and Spain.

Posted by bataween at Thursday, September 17, 2015

First of all, the number of Jews expelled from arab lands far exceeds the estimate given here. Secondly, in arab Levant countries, Jews existed in communities long before mohammed or christ; not the half a mellenium stated. In Iran/Iraq for example perhaps close to 3000 years. Finally, under #5 the UNRWA statement, I find fault with the logic used as if we say the offspring of refugees have no right of return then we are de-legitimizing the return of Jews to Israel as well. My preference is to state that there clearly are no survivors (as of say 1830) of the original raping murdering hordes of omar who took OUR land from the Byzantines. Surely there is a family or two which can trace back to ottoman times their settlements in Israel, but I contend there is not one family that can trace their history as far back as salladin (while there are Jewish families that can!). Abbas clearly reiterated the other day that the muslims problem with the State of Israel IS a religious one, an anti-Semitic one, and not a political contest. This, along with historical FACT well before the 20th century, should be focused on when discussing Jewish refugees from arab lands. Yes, we don't want to offend anyone, but how is cowering from the TRUTH going to help!

No, 800,000 is usually the figure quoted (not including Iran). You are correct that Jews lived in Arab lands far longer than half a millennium and were certainly in Palestine for hundreds of years. But I don't agree with you on the 'right of return', a right that actually does not legally exist for refugees. To ask for a right of return for Jewish refugees to Arab lands delegitimises Israel. Israel's Law of Return is something different - each state has a right to determine who can and who cannot be a citizen. Ireland, Japan, and other states fast-track their diaspora people to citizenship. Agree with you the ME conflict is a religious/ideological one.