Moroccan-Jewish saviour for Yazidis and Christians

A businessman of  Moroccan-Jewish origin is behind a project to rescue Christian and Yazidi girls kidnapped by Da'esh (Islamic State), the Tablet reports. Steve Maman had raised almost $200,000 at the time of posting (with thanks: Michelle):

A Canadian Jewish businessman has told The Tablet he has overseen the rescue of more than 120 Christian and Yazidi girls kidnapped by so-called Islamic State (IS) in northern Iraq as Pope Francis condemned the "silence" of the international community in the face of ongoing persecution of Christians and other religious minorities. 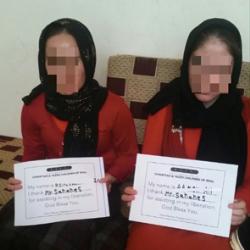 Steve Maman, 42, an entrepreneur, founded the Liberation of Christian and Yazidi Children of Iraq (CYCI) after the jihadists overran the cities of Mosul and Sinjar a year ago, forcing more than 100,000 civilians, including virtually all the region’s Orthodox and Catholic population, to flee.

Francis in a letter to Iraqi refugees in Jordan issued on Thursday, a year after the jihadists' offensive, said: "Many times I have wanted to give voice to atrocious, inhuman and inexplicable persecution against people in many parts of the world - above all Christians - who are victims of fanaticism and intolerance. Often this persecution occurs where it can be seen and heard yet all are silent. These are the martyrs of today, people who are humiliated and suffer discrimination because of their fidelity to the Gospel."


“As Jews, we know what it’s like when the whole world is watching and not doing anything. I’m the child of a nation that has been part of the most devastating genocide. And yes, the world didn’t come in time to help us. Too many Jews died because they reacted too late. This is what prompted me to act immediately."

off topic//
here is a translation and study of a Judeophobic pamphlet written by the top palestinian Arab leader in the 1920s, 1930s and 1940s, Haj Amin el-Husseini. This article is important for its info about how Husseini made hate propaganda against Jews, rather than focussing on his career's events. [hope that I did not post this here before. If so, my apologies]
http://www.meforum.org/5318/hajj-amin-antisemitism