Operating within the limits of 'sharia' law on minorities, Jews in Iran have managed to get equal 'blood money' compensation - except in cases where a Jew murders a Muslim,  the penalty being execution, and not 'blood money'. The community also seeks to tackle the ban on Jews in senior posts in the government and military and the issue of Muslims serving as heads of Jewish schools. The issue of Israel is still out-of-bounds. Larry Cohler- Esses reports for the Forward:


The community is vocal about the multiple forms of discrimination under which its members live — but without questioning the legitimacy of the regime or the system of Sharia, or Islamic law, by which it governs. 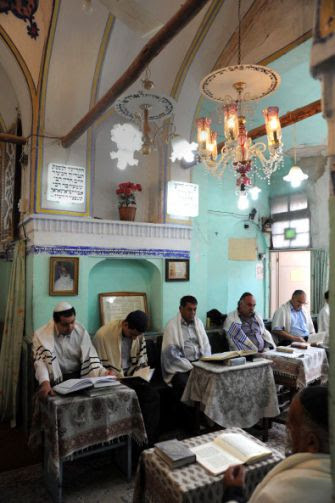 Their approach could be seen in what community leaders consider one of their biggest recent victories: gaining equality in “blood money” compensation. That’s the amount a person must pay to a family when he is responsible for an accident that caused a family member’s death.

“We succeeded in getting blood money compensation equalized for minorities,”
Motamed said. “Before, there was a big difference between the money for minorities and the main population…. It was a very big achievement.”

But the community’s approach did not involve any criticism of Sharia, which rules on such matters. Instead, Motamed, recalled, “We consulted a lot of ayatollahs and took testimony from high-ranking clerics to show there must be equality” under Sharia.

Pleased as he was, Motamed noted that blood money compensation for non-Muslims remains unequal in cases of murder — and that they are continuing to push on this.

“Under Sharia… if a Muslim kills a Jew, there will be blood money payment. But if a Jew kills a Muslim, the penalty is execution,” he said. Here, too, “we’ve consulted with a lot of ayatollahs and gotten letters. But it’s still not solved.”

Other unresolved issues the leaders cited involved access to high-ranking posts in government ministries and the requirement that a Muslim serve as principal at Jewish schools.

“We have five schools,” Najafabadi said, “and the principals in all of them are Muslim. There’s no enmity. They’re very cooperative. But it’s kind of insulting.”

Then there is inheritance law: Under Sharia in Iran, if one sibling in a non-Muslim family converts to Islam, he inherits the entirety of his parents’ assets. This, too, community leaders are pushing to change. 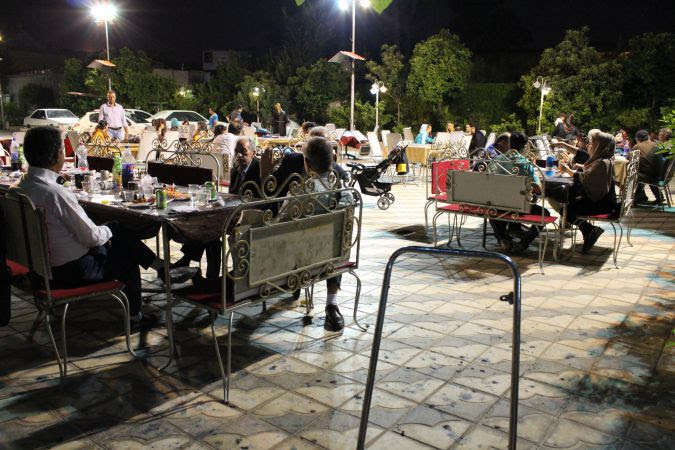 On Israel, the community’s leadership must be more circumspect. But it is no secret that many in the community have family there, or that a significant number of Jews in Iran have visited Israel themselves. One teenager in Shiraz told me how excited he had been to visit three years ago.

“There are people traveling to Israel,” Najafabadi volunteered. But since the Gaza War of last summer, the government had clamped down, he said. Some who go are imprisoned, fined and interrogated. Two community members had been sentenced to 91 days, though this was later reduced to 20 days. Travel to Israel “is declining now because of these problems,” he said.

Moreh Sedgh even voiced concern for Israel, in his way — his way being to criticize Israel’s policies as harmful for Israel’s own interests.

Speaking about Israel’s policy of opposing Syria’s regime under Bashar al-Assad, which Iran supports, Moreh Sedgh said, “The main enemy of Israel today is Daesh” — a reference to the extremist Islamic State fighting to oust Assad. “Of course, the Assad family are not the ideal leaders for Syria,” he said. But he noted that if Assad is ousted, they “must be ready for ISIS. What benefit for Israel would that be?”

Despite all these issues, those Iranian Jews who choose to stay can live a very active Jewish religious and communal life. My second-to-last night in Iran, I was invited to meet with the local leaders of the Shiraz community in the large open-air compound that serves as their community center. About the size of a football field, the compound is surrounded by high walls that ensure the privacy of those who come. Tables were spread out with ample food, and by 11 p.m., Jewish families totaling some 50 or 60 individuals, including children, were dining and moving around from table to table to catch up on the local gossip.

Interview on CNN: 'Jews not miserable, but have discriminations'

How Iran is winning the media war
Posted by bataween at Friday, August 21, 2015

Jews should be happy they aren't being killed. What's the difference one might add?

This report is truly disgraceful.

Was there a quid pro quo for that article?

I don't know about a quid-pro-quo but it is clear that the regime used Cohler-Esses to project an image of moderation and tolerance. The guy waited two years for his visa and was escorted around, and wined and dined, by senior government officials. Clearly, he reported what they wanted him to say.

Norman is right. This is the kind of drivel that Western sympathizers of the Communists used to put out to whitewash the USSR regime or to soften the picture. A la Walter Duranty and many others.

Malka sees a possible quid pro quo. On a simple level you could say that cohler and the Forward got an exclusive, a scoop, which this paper, unknown to the broad American public, would cherish and enjoy, one would think. And at the same time, Iran's ayatollah regime receives favorable "understanding" publicity.

Yet, even if the previous paragraph is true, it misses the point that the Forward today is an organ of White House/Establishment propaganda within the US Jewish community. It is a mouthpiece for Obama among the Jews in the USA. We know this by the fact that it supports Obama's Iran deal with the vast majority of Jewish organizations oppose, although people hear about a few marginal groups and "rabbis" who support the deal and support Obama. That's because the general press too is mainly in Obama's pocket. In short, Cohler's article in the Forward is meant to promote Obama's Iran deal.

Well, at least the Forward journalist got a few good meals.
What did these journalists benefit by reporting on portraits of people who have opinions about the deal and happen to have immigrated from Iran?

http://www.danielpearl.org/home/projects/daniel-pearl-journalism-fellowship/2015-fellow-saher-baloch/ The Pakistani journalist will be work at the Los Angeles Times during her fellowship. She wants to trace the stories of the Pakistani diaspora in the United States and explore their experience as immigrants in the U.S. Baloch said she is eager to learn from her American colleagues and spread the knowledge back home.
--malca