US Iranian Jews: 'we blame ourselves'

In the aftermath of the signing of the nuclear deal with Iran,  Iranian Jews in US blame themselves for not being more vocal about the dangerous politics and goals of the regime, for fear of reprisals against the 10, 000 Jews still in Iran. Karmel Melamed reports in the Jewish Journal: 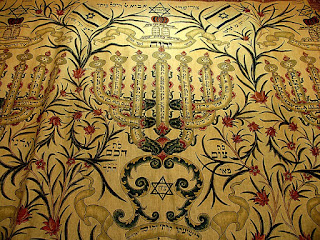 Not all Iranian Americans opposed the negotiations at their start, according to Sam Yebri, an attorney and co-founder of 30 Years After, an organization created to engage a younger generation of Jewish Iranian Americans. “Most Iranian Americans welcomed these negotiations at the outset as providing a glimmer of hope that Iran was willing to change its ways as the West was prepared to use its leverage as robustly as possible. Those of us who understand or lived under the Islamic Republic of Iran, we sensed an opportunity, an opening for change,” he said. Yet, “This deal closed the door on any opportunity to transform Iran for the better.”

Yebri added, “The only beneficiaries of this deal will be Iran and its allies Hezbollah and [Syrian President Bashar] Assad and the Russians.”
Many Iranian-Jewish leaders in Los Angeles have long been hesitant to criticize the current Iranian regime for fear of reprisals by the Iranian regime against the nearly 10,000 Jews still living in Iran. Nevertheless, some activists in the local Iranian Jewish community have been very vocal in their efforts to educate Americans about the dangerous nature of the Iranian regime. Some of those expressed concern that the community had not advocated strongly enough against any deal with the Iranians.

“I, for one, blame us, as the Persian-Jewish community, for not being more vocal about these issues of Iran,” Simon Etehad, an Iranian-Jewish attorney and L.A.-area activist, said Tuesday. “We know the politics and goals of the Iranian regime, yet we put our heads in the sand and pretend that everything is fine and dandy — well, it is far from that.”

Frank Nikbakht, a leader of the L.A.-based Committee for Minority Rights in Iran, said the current Iran nuclear deal will embolden the Iranian regime through newfound economic relief in the lifting of sanctions, despite the regime’s heinous human-rights record against the people of Iran.

“Internally, with all the inequalities and atrocities remaining in place, this agreement enhances the regime’s legitimacy, wealth and dictatorial power over a people who will have to deal with an imminent inflationary economy, a higher degree of ruling-class arrogance and a financial corruption surpassing even today’s incredible levels,” Nikbakht said.

David Nahai, an Iranian-American Jewish community member and former L.A. Department of Water and Power chief, said, “If there ever was a deal in history that required robust scrutiny because of the unimaginable consequences of getting things wrong, it is this one. For that reason, I commend the president for seeking congressional approval of this deal … because we can be looking at 100 pages of snakes in the grass here, and we owe it to posterity to have a thorough examination of all the repercussions that are being proposed.

Read article in full
Posted by bataween at Sunday, July 19, 2015