All Jewish males were paraded or interned  as 'Israeli PoWs' following Israel's victory in the Six-Day War. Rami Mangoubi's brother Sami was taken away to the police station for 'ten minutes'. It would be a lot longer than that. Story from 2007 in the Jerusalem Post: 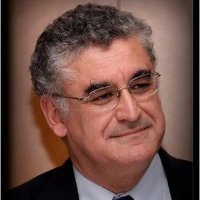 During the first three days of the Six Day War, the Egyptian media claimed victory, and Egyptians did not know their army was crushed. Everyone was certain troops were at the doors of Tel Aviv. Rumors spread that thousands of Israeli prisoners were being shipped to Cairo by train to be paraded for all to see in Ramses Square, where the train station is located.

The authorities had trouble satisfying this demand, as Egypt had caught no more than a handful of Israeli POWs. But a solution was found. On the first day of the war, at a quarter to five sharp, we heard a knock at the door. We opened. Two policemen in civilian clothes wanted my brother Sami for 10 minutes at the station.

He followed them. Two minutes later, Zeinab, the custodian's wife, knocked at the door. Shaken and with tears in her eyes she asked: "Why did they take him?" Still in shock, we just repeated what we heard: "He will be back in ten minutes".

A minute later, our neighbor Set Olfat, who saw from her window my brother taken away in a police truck, arrived. As my mother welcomed her, the slightly obese woman headed quickly toward my father and asked: "Why did they take him, Mr. Sabet?" The custodian, Am Taher, also came, and told my parents that they should not leave the house; he would run all errands for us. Set Olfat confirmed the warning, assuring us her maid would get us what we needed.

All evening my mother would look at the clock. "It will not be 10 minutes", my father said. My brother did not come the next day, nor the day after, nor by the end of the week on Friday, June 9, when a cease-fire was declared.

That Friday, we asked the custodian to accompany us to Abla Fawzeya's house. She had been the Muslim Arabic language teacher at the Oeuvre de la Goutte de Lait, one of two Jewish schools where my mother was principal. The schools shut their doors a few years back, but Abla Fawzeya remained close to my mother. Since I was a third grader, every two or three Fridays, she would send her daughter, six years older than me, to take me, and I would spend the whole day with the family.

My parents and I were welcomed to the guest room, and as Abla Fawziya was wondering why my brother is not with us, my mother cried. Abla Fawziya stared with her mouth open, speechless. I could see the pain on her husband's face. One of the daughters, Lolla, and the maid, Taheya, heard my mother cry and called on me to join them.

When I did, they asked: "What's going on, Rami?" I told them: "They came on Monday and took him." I started crying as Lolla gently put her arms around me, and told Taheya: "Get him a Coke." Two days later, we were sitting in our living room, when we suddenly heard Am Taher's angry voice yell: "Go away, sons of a dog! Whoever was here you took!"

We understood: the authorities had come again. We were certain they were here to take the rest of us away. Thirty seconds later, there was a knock at the door. My father indicated with his hands to my mother that only he would open it, and with a stern look, pointing at me with his finger, he said in French: "You! Don't move!" As I tried to stretch my neck toward my left shoulder and look through the door to see who was knocking, my mother slapped my wrist. My father walked deliberately to the door and opened it.

I heard from the living room Zeinab's reassuring voice: "They went away." Am Taher told us three men from the police inquired about my father, but he pretended they were asking for my brother and told them he had already been taken away. Thanks to Am Taher, my father was spared arrest. It took a month until we learned of my brother's whereabouts.

The authorities arrested nearly all Jewish males between the ages of 17 and 60. Those who held foreign citizenship were taken to Alexandria and thrown on a boat, to be disgorged somewhere in southern Europe. They were the fortunate ones. The others, Egyptians and stateless (Jews as a rule were denied citizenship), were taken to the notorious detention camps of Abu Zabaal, near Cairo.

On the third day of the war, as a substitute for Israeli POWs, the authorities decided to parade instead the Jews from Alexandria, who were taken by train to Abu Zabaal by way of Cairo. The spectacle took place in Ramses Square in front of local mobs, who abused the Jews as they were thrown into open trucks. A Christian friend of my mother, Ang le, lived near the station, and saw the spectacle. She only told me a year later how young and old were throwing stones at the men in the trucks, while shouting "Yahud."

The community was almost entirely without young men. The burden fell on women. Women protected their children. They ran from one government office to the next. Women managed family businesses. They watched helplessly as their husband's partners cheated on them, and they sold to customers who bought without paying.

They had to keep their mouths shut, as customers and partners routinely threatened to report about relatives in Israel. Many lost their livelihood and, pauperized, relied on the Jewish community for help.

One afternoon, two months later, there was again a knock on the door. It was my aunt and four cousins. Seeing their luggage, I understood immediately how fortunate we were. Their neighbors were not nice like ours. Far from protecting them, they harassed them and forced them to leave.

We were so fortunate. Abla Fawziya's family literally adopted us, and visited ever more frequently. She was also worried about her former pupils who left Egypt before the war to live in Israel. 'Am Taher, Zeinab, and Set Olfat, also protected us like we were their children.

In Abu Zabaal, many detainees were tortured and some, the younger and fair-skinned ones, were sexually molested. Young and old were forced to run daily round and round a small yard, like dogs, and behind them, soldiers beat them with belts. They were screaming. "Down with Israel. Down with the Jews and with the Zionists."

My uncle was beaten very badly, and had permanent damage to a nerve in his arms. For the rest of his life, he would constantly tick with his left arm. Six months later, the Jewish men were transferred from Abu Zabaal to another camp, Tourah. Those who were stateless were released after two years and deported. Those with Egyptian citizenship had to endure another year of incarceration before being released and deported. Freedom was made possible thanks to the intervention of Jewish organizations.

Several of those incarcerated cannot to this day cope with their experience. Two who were sexually molested committed suicide. On June 15, 1970, my brother was taken from Tourah prison to the airport at Helipolis. Am Taher was sure what his final destination would be. On the eve of the departure, I heard him say: "He will go live with the Jews in their country, in Israel"; he was right.

Zeinab wanted so badly to come for a last look at my brother, but my father feared she would get in trouble if she was seen with us at the airport. He explained to her: "He is thrown out, Zeinab." She cried once more.

It was my first visit to an airport. As I watched the Air France Boeing 727 take off, I looked at the black quadrant of my new watch. My mother bought it a week before for the occasion and let me wear it for the first time on that day. It was 10:43 a.m.

The 10 minutes were over: They had lasted three years, nine days, 17 hours and 58 minutes.

I cannot remember ever hearing before the story of Jewish prisoners from Alexandria being brought to Cairo so that the mob could mock and harass them. This story is significant and ought to be much more widely known. I think that I am a well informed person. But this story is entirely new.

I have never heard about this. Where can I find more info? Thanks.

I have posted additional links below the article, including Marc Kheder's story

Vicki Halawani recounts, "The day was Monday, June 5, 1967, the 26th day of Iyar. It was during sefira,10 days before Shavuos.... Two government officials dressed in civilian clothing entered our home. They asked my father to go with them to the police station for 15 minutes – 15 minutes that would turn into three long years in an internment camp.
"During the years my father was in prison, we continued to go to shul. In shul, you would see young children, mothers, and much older men, who were not taken by the government. The shul was almost empty. After davening, the children all lined up to receive a bracha from the Chacham, Rav Chaim Douek. He was the chief rabbi of Cairo.
"That summer of 1970, all the prisoners were liberated. The prisoners left by plane to Paris, without their families. The families followed their loved ones a few months later."
--malca