When the Nazis directly occupied Tunisia in November 1942, they turned the Great Synagogue in Tunis into a giant warehouse for radios confiscated from their Jewish owners. 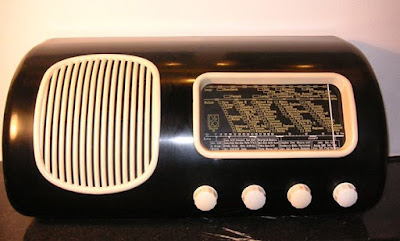 So as not to offend their Italian fascist allies, the order did not affect  Jews of Italian citizenship. For this reason too, the Nazis did not implement a systematic deportation of Jews to death camps, although Jewish males were sent to labour camps. From the Documentation Center of North African Jewry:


"December 12th, 1942 - Walter Rauff (the Commander of the SS in Tunisia) wrote: "Today began the confiscation of all the Jews' radios, except those of the Italian Jews. The procedure was carried out smoothly, with the help and support of the French police. The confiscated items were put at the German forces' disposal."

"December 13th, 1942 - Clement Houri (a Tunisian Jew who kept a diary during the German occupation) wrote: "I brought my radio to the synagogue, and it was clear to me that the Germans were taking the most attractive and lightest radios for themselves. Going into the synagogue with the radio that I had brought with me was a very difficult experience. The whole room was filled with radios of all shapes and sizes, of all makes… and whoever came in was not sure if this was the Great Synagogue on Paris Avenue or a huge department store."