The approaching end of Egypt's Jews 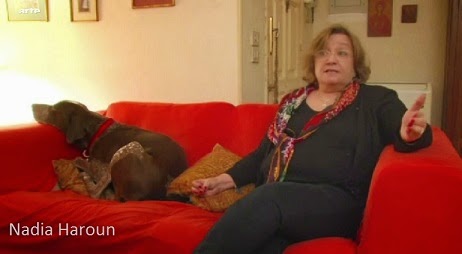 In this movingly blunt article in Mada Masr,  Mina Thabet, an Egyptian Christian, blames the approaching end of Egypt's Jewish community on hate speech, incitement and the authorities' failure to protect minorities. Even the grave of Nadia Haroun, sister to Magda, the leader of Egypt's seven Jews, has not been spared desecration. (With thanks Maier; Lily)

The Egyptian Jewish community is facing the ugly truth that its existence is coming to an end. The population of Jewish Egyptians has fallen from 75,000 to 80,000 in 1947  to only seven today . Most of those left are elderly women, who need daily medical care.

I met Nadia Haroun, the deputy leader of the Jewish community in Egypt, for the last time in November 2013. I remember that day because I met her at the same time as her older sister Magda, the community’s leader. Nadia was smiling while telling me, “Magda told me a lot about you, I was looking forward to seeing you.” For me, I couldn’t quite believe it. “Today I met two Jews? I was the one looking forward to that.”

The Jewish community is the oldest religious community in Egypt, and it has faced a wave of propaganda, defamation and hate speech. That legacy is still felt today through stereotypes and slurs that persist in everyday language.

I was criticized for writing an article in Arabic entitled, “We are sorry, Jews.” Critics wondered how a Christian could defend Jews, when they took part in the crucifixion of Jesus. Ironically, many of those critics are Muslims extremists, some of whom may themselves be discriminating against Christians.
Unfortunately, Egyptian history is full of violations of the essential rights of minorities and vulnerable groups.

On November 2, 1945, anti-British, anti-Zionist (and anti-Jewish) demonstrations took place in Cairo on the occasion of the 28th anniversary of the Balfour Declaration. A synagogue was burned down, 27 Torah scrolls were desecrated, and a soup kitchen, a home for the aged, a shelter for poor transients, the Jewish hospital, the quarters of the Art Society and several Jewish public buildings were damaged or destroyed.

After the 1948 war, a hostile environment against Jews strengthened, as they were suspected of acting as a “fifth column” for Israel. After the 1952 coup, Jews were subject to detention, deportation and sequestration. At least 900 Jews had been arrested as of December 7, 1956 . In the mid-50s, then-President Gamal Abdel Nasser started his policy of nationalization, which had a devastating impact on the Jewish community, as they controlled a broad sector of the Egyptian economy. American diplomats noted that sequestration decisions were filed against 539 Jews by name and 105 firms, in addition to Jews covered in the sequential orders filed against British and French nationals.

In November 1956, the regime modified its citizenship and nationality laws in order to keep Jews and other minorities from becoming Egyptian citizens . The situation became more complicated at the end of November, by when at least 500 Egyptian and stateless Jews had been expelled from Egypt , not including a considerable number of Jewish citizens of Britain and France. Most of the expellees were heads of families. They were ordered to leave the country within two to seven days. In most cases, the individual served with a deportation order was responsible for supporting his family, so all members of the family would have to leave the country . Thus, this measure lead finally to the mass migration of Jews. They almost vanished from Egypt.

A small number of Jewish families stayed in Egypt, among them leftist activist Chehata Haroun and his family. According to Haroun’s daughter, Magda, when her father tried to fly her older sister to Paris for treatment, Egyptian authorities agreed only to give him an exit visa with no return, so he left his daughter to die and never left the country . When he died in 2001, his family had to bring a French rabbi to perform the ritual prayer for him, because they did not have a Jewish rabbi in Egypt.
The same happened with the death of Nadia.

Early this month, it was the first anniversary of Nadia’s death, and Magda went to her older sister’s grave along with her current Christian husband and her Muslim daughters to perform their rites. She found that a group of youth had desecrated her sister’s grave. They also insulted her and insulted Judaism . I can’t imagine how Magda felt about that. It’s very hard for anyone to see his beloved ones insulted in life and death, just because they had a different religion.