'Righteous' candidate did not risk life

Why have more Arabs not been nominated as 'Righteous Gentiles'? the answer, at least in Khaled Abdul Wahab's case during the Nazi occupation of Tunisia, is that Jews were sheltered with the knowledge of the Nazis and involved no personal risk to him. The Times of Israel reports: 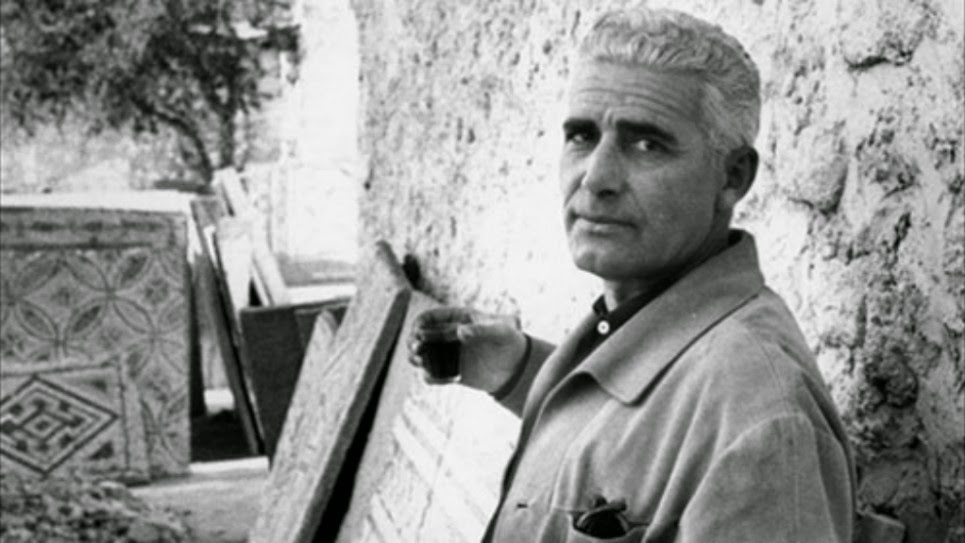 Abdul Wahab (pictured) was twice nominated to Yad Vashem for the honor, in 2007 and 2010, and twice rejected.

According to Robert Satloff, author of the landmark 2006 book, “Among the Righteous: Lost Stories from the Holocaust’s Long Reach into Arab Lands,” it is a “sordid story of Yad Vashem applying criteria to this case that it has failed to apply in other cases. Regrettably this is not Yad Vashem’s finest hour.”

“Among the Righteous” opens with the simple question, “Did any Arabs save any Jews during the Holocaust?” The book and a follow-up 2010 PBS documentary reflect Satloff’s scholarly and personal journey in searching for Arab involvement in the Holocaust — Arab villains, heroes, and those in between.

Robert Satloff, author of the landmark 2006 book ‘Among the Righteous: Lost Stories from the Holocaust’s Long Reach into Arab Lands’ (courtesy)

“In the course of research for this book, I came to the sad conclusion that there are two main reasons that no Arabs have been included among the list of the ‘righteous’ — first, many Arabs (or their heirs) didn’t want to be found, and second, Jews didn’t look too hard,” wrote Satloff.

Abdul Wahab’s wartime deeds are recounted in “Among the Righteous” by the Jewish Middle East historian after he heard testimony from Weisel’s sister, Anny Boukris, who was also hidden by Abdul Wahab at age 11.

In conversation with The Times of Israel Tuesday, Satloff said he is “always impressed by how many Arabs ask me about” Abdul Wahab. Many have difficulty understanding why he has been honored by other Jewish organizations, but not by Israel.

Abdul Wahab’s daughter Faiza, who only heard of her father’s wartime experiences after the publication of Satloff’s book, said in a 2010 Ynet interview, “My father opened his home to Jews and Yad Vashem did not open their home to us.”

Head of the Righteous Among the Nations department Steinfeldt explained that part of the criteria for deciding who is eligible for the title relates to the question of whether the nominee saved a Jew from deportation or threat of death under risk of death or imprisonment, with altruistic motivations. All this must be affirmed through detailed Jewish witness testimony or, in rare cases, other documentation, such as police records of arrests.

Most are nominated by those rescued or their children, and Steinfeldt’s multi-lingual staff of 10 begin the process of verifying their eligibility. The file is prepared, which takes on average a year, and given to the Yad Vashem commission, which is headed by a Supreme Court judge, for debate.

In the case of the North African countries, said Steinfeldt, during the “German conquest, the occupation was so short there wasn’t time to implement the Final Solution.”

Families didn’t have to hide, said Steinfeldt, and though some Jews stayed with Muslim countrymen, it was done in full knowledge of the Nazis.

“Jewish families were thrown out of their homes and hosted by local Arabs. They were not hiding, but hosted,” she said. “The hosts didn’t do anything illegal.”

In the case of Abdul Wahab, Yad Vashem’s Steinfeldt said, “as much as his deeds were admirable” in hosting Jews at his farm, he broke no law and the Germans knew of their stay.

Additionally, according to testimony Yad Vashem received from Satloff’s source Boukris, “the men continued their forced labor service under German supervision, and on Thursdays, to prepare for Shabbat, the family would join the other Jews of Mahdia who had been evicted from the town and concentrated on a Jewish-owned farm in Sidi Alouan,” close to Abdul Wahab’s estate.
As explained by a Yad Vashem spokesperson, the element of personal risk is a clear criteria for the Righteous Among the Nations status.

“If the Germans knew about – and checked on – the Jews who were staying with him, the element of extraordinary risk is clearly lacking,” she said.

The Muslims in Europe were a different case, said Steinfeldt. For example
, Yad Vashem has granted the title of Righteous Among the Nations to many Muslims from Albania, the only European country that ended WWII with more Jews than it began with due to its famous protection of the up to 1,800 Jewish refugees who joined the country’s indigenous Jewish population of 200.

A review of Among the Righteous
Posted by bataween at Wednesday, April 15, 2015

This story makes no sense at all. If the Germans weren't persecuting Jews in North Africa, then why were Jews hidden in the first place?

Well the Germans were persecuting Jews, dragging them off to labour camps. They had their eye on the pretty Jewish girls but if they were 'hosted' by Arabs, most probably could not be bothered to pursue them.