A tiny Jewish haven in the Far East

Singapore's first chief minister was David Marshall, of Iraqi-Jewish extraction. Even today, on the anniversary of his death, residents of Singapore from all religions pay their respects to him. Article in Y-net News (with thanks: Michelle):

A serious crisis took place in Singapore after World War II, and few Jews remained in the country: Only 150 out of several thousands, most of them Iraqi Jews from Baghdad, who lead the community to this very day. Since then, the community has grown significantly and numbers some 1, 500 men and women today (including the Israelis and Jews who arrive for a short relocation period for business purposes).

The community is mostly Orthodox, wealthy and very inviting. Slowly, over the years, the community grew and expanded thanks to people who arrived from all over the world, including several thousand Israelis who are sent to Singapore every year by their workplaces on missions or special projects. 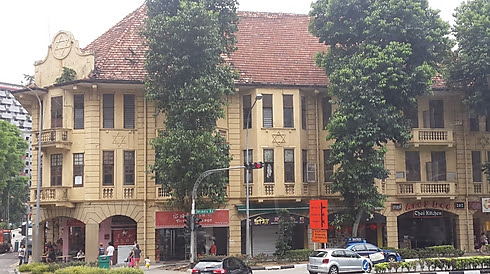 The Elias building which belongs to Singapore's rich Jews and has been well preserved by the government (Photo: Ayelet Mamo Shay)

The few Jews who remained in Singapore after the war stood out. For example, David Marshall, who was a successful Jewish lawyer and served as Singapore's first chief minister from 1955 to 1956. To this very day, on the anniversary of his death, many residents from a wide spectrum of the country's different religions pay their respects to him.

In 1965, when Singapore gained its independence and split from Malaysia, Israel was one of the few countries which helped the new republic. Singapore's residents are still grateful to Israel to this very day, and the Israelis are very popular in the country.

The community is led by Rabbi Mordechai Abergel. I met with him in his modest office after a comprehensive security check at the entrance to the community building. He has been serving as the community rabbi since 1994, but although more than 20 years have passed, it seems that his vigor and positive energies have only increased over the years.

The rabbi is very involved in everything taking place in his community, and keeps it united by holding joint Shabbat meals and communal events during the Jewish holidays. The highlight of the year is the Lag B'Omer bonfire, which brings together 700 people.
Rabbi Abergel also serves as the community's slaughterer. He slaughters the poultry himself in a bid to keep the prices low and reasonable for kashrut observing consumers. The rabbi believes that every Jewish home, wherever it is, should observe kashrut, and therefore only the cost price is charged for the chicken. The beef, on the other hand, has to be imported from Australia, so its price in Singapore is much more expensive.
The rabbi is also an authorized mohel but prefers not to take any chances, so most new parents privately book a mohel from Israel for their son's circumcision ritual.
There are two active synagogues in Singapore, Chesed-El and Maghain Aboth. The latter, which was built in the early 20th century, is located in the community compound on Waterloo Street, which also includes a ritual bath for men and a ritual bath for women, a kosher store which offers a variety of products from Israel and around the world, and a banquet hall which holds weddings, bar mitzvah, anniversaries and workshops. 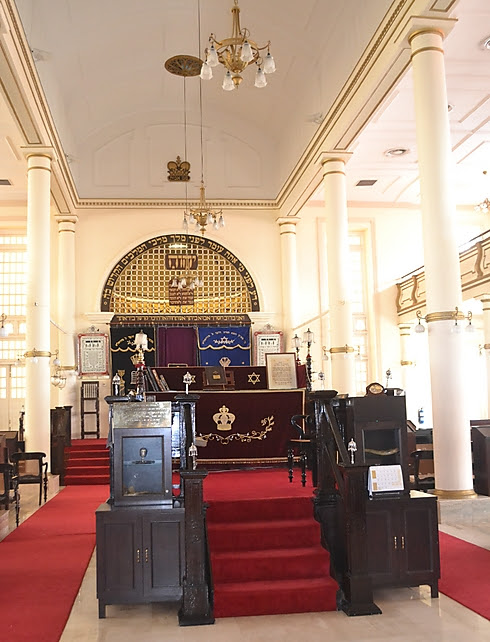 Read article in full
Posted by bataween at Wednesday, April 22, 2015

Email ThisBlogThis!Share to TwitterShare to FacebookShare to Pinterest
Labels: Jews of Singapore

The article does not talk about how David Marshall helped Israel in general insofar as he could and worked for good relations between Israel and Singapore.