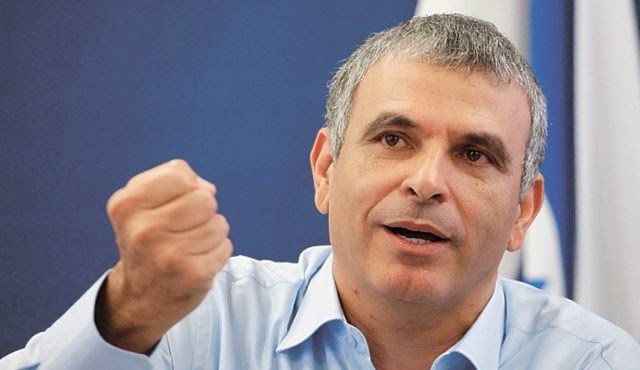 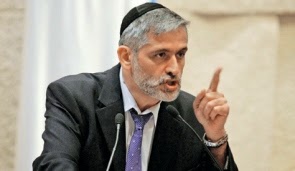 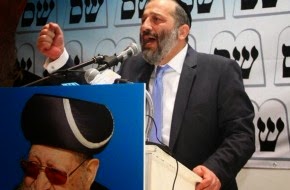 As Israelis cast their votes today, Haaretz assesses the chances of the main contenders on the hustings. Here is the newspaper's analysis of the prospects of three major Mizrahi party leaders: Moshe Kahlon, founder of Kulanu, Eli Yishai, who leads the Be'Yahad breakaway from Shas, and Arye Dery, who heads Shas.

Moshe Kahlon: Polls give him anything between eight and twelve seats in the new Knesset, and if hundreds of thousands of undecided voters turn to Kulanu as their default choice, Moshe Kahlon could even do much better. What isn’t in doubt is that he will be the kingmaker within the next Knesset. Netanyahu and Herzog both need Kahlon’s MKs to form a coalition, he may be the decisive voice forcing them to sit together in a national-unity government.

With a less than overwhelming charisma and a rather low-key campaign, Kahlon has reached the point where both prospective party leaders are bound to give him the coveted post of finance minister. He did it by sticking doggedly on the trail to social-economic issues, particularly cost-of-living, and by refusing to say who he plans to recommend as prime minister when summoned to the president. He will have a tough choice on March 18 and his political future is far from clear, but for now he is man of the moment.

Eli Yishai: Two years ago the political future of the then-Shas chairman seemed to be in terminal decline when the ailing Rabbi Ovadia Yosef demoted him twice, handing the political leadership of the party first to a triumvirate and then to the old-new chairman, Arye Deri. A few months later, Rabbi Yosef, who nevertheless remained his patron, was dead. Yishai is not the first former Shas lawmaker to breakaway and form his own party, though he is the first who seems about to succeed in an independent venture.

Nearly all the polls have Yahad passing the electoral threshold and receiving at least four seats in the next Knesset. Yishai has linked up with some of the most extreme elements in the religious right, creating a potent mixture of Haredi rebels, radical settlers and Kahanists. Many Israelis are shocked at the prospect of Rabbi Kahane's disciples making it into Knesset; but from Yishai's perspective, it seems to be working. He has created a new constituency and wreaked revenge on his old rival. He is unlikely to be a member of any future coalition, but is now the voice of the extreme-right in Israeli politics.

Arye Dery: With the death of party founder Rabbi Ovadya Yosef and the departure of his old rival Eli Yishai, Dery is now the sole leader of Shas. The rabbis of the Council of Torah Sages are mere puppets he has appointed and the party’s fortunes rest solely on his shoulders. But the man who was once the wunderkind of Israeli politics (before he was convicted of bribe-taking and sent to prison) seems to have lost his magic and Shas was slowly sinking in the polls.
Dery may still work his magic and outperform the polls as Shas has often done in the past. But he has lost his ability to dominate the agenda and Moshe Kahlon has stolen his thunder as the brave Mizrahi politician working for the underclasses. Shas’ campaign on behalf of the “transparent” Israelis failed to capture the imagination of voters and his last-minute slogan “A Mizrahi votes for a Mizrahi” was seen by many among its target audience as a crass play of identity politics. Dery will almost certainly be a minister in whatever government is formed after the election; but it will take all his fabled deal-making acumen to secure him a major ministry. A poor result will also cast doubt on his ability to continue leading Shas in the post-Rabbi Yosef era.

Read article in full
Posted by bataween at Tuesday, March 17, 2015

Polls just closed at 10. These are the first projections based on samplings but that could change:

-Likud and Zionist Camp appear to be in a tie with 27 mandates each. This puts Likud in advantage since it has from where to draw.

-The Joint List (Israeli Arab) possibly has gained 13 to 14 seats which if true, will make it the third largest party.

-Kahlon with 10 to 12 mandates possibly still the kingmaker.

as of 1 am, the updated sample of channel one has Yishai's Yahad party passing the threshold. Further, Labor lost one seat and is now behind Likud according to at least two of the three TV stations. However, "true" results not yet. We should have them by morning. Yet even "true" results are not final until the soldiers' vote is counted. That might take away from the joint Arab list which channel one has at 12 now, since few Arabs go the army. Since Yishai is now over the threshold, Netanyahu's position is stronger. Yishai spoke at the large national camp rally Sunday night [over 100,000 attendees]. The soldiers' vote is likely to be counted by Thursday evening or Friday. That will be final.

Thanks Sylvia and Eliyahu for keeping us updated...