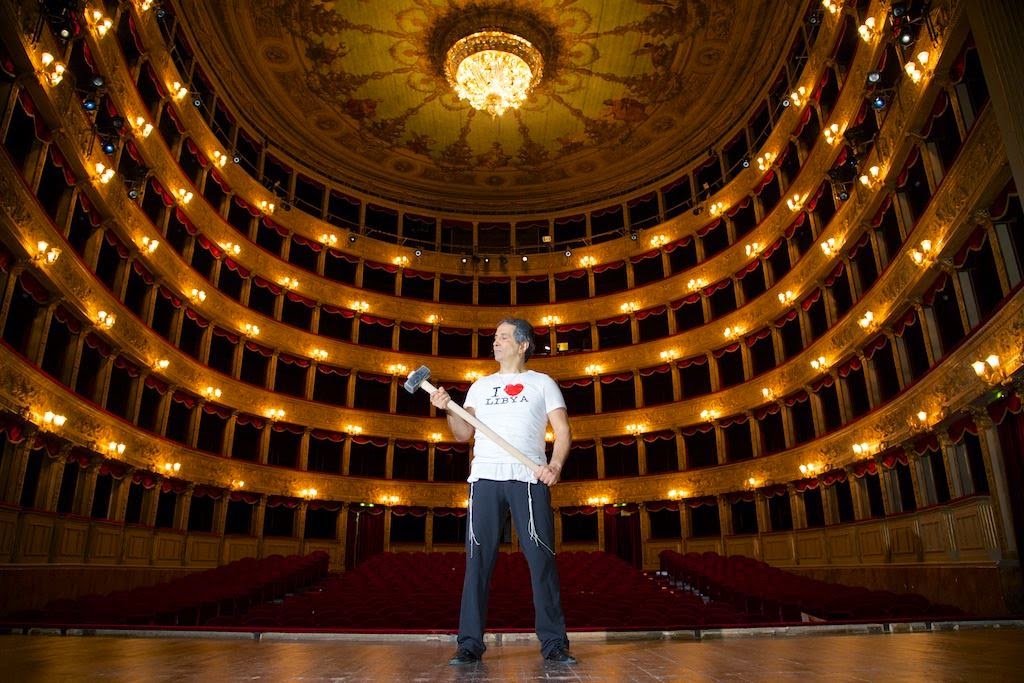 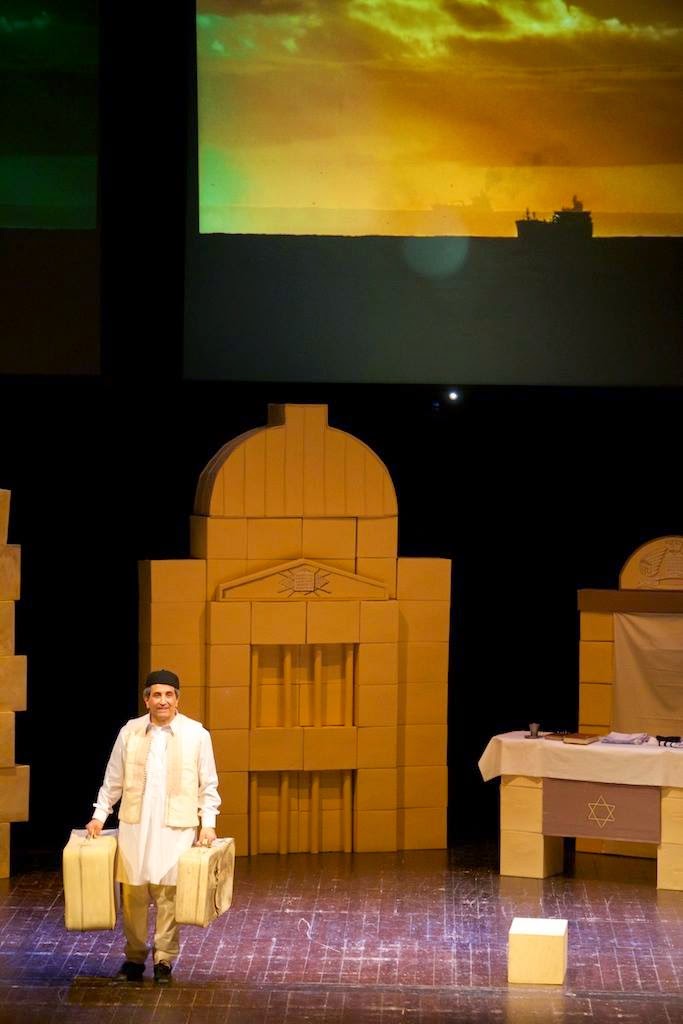 David Gerbi at the Teatro Argentina in Rome during the January 2015 run of 'I love Libya'.

Remember David Gerbi? He was the intrepid Libyan Jew who returned to the land of his birth during the 'Arab Spring' in 2011. He tried to pray in a Tripoli synagogue but was unceremoniously thrown out of the country after threats to his life.

David Gerbi has been telling his story, mainly to schoolchildren, in a one-man show called 'I love Libya'. He first enacted it in English in the US in 2007 and in South Africa. The show toured San Francisco, Los Angeles and Seattle in 2013.

'I love Libya' was put on for World Refugee Day in June 2014 under the patronage of UNICEF and most recently at the Teatro Argentina in Rome in January 2015 to mark the first day of remembrance for Jewish refugees from Arab countries.

The Tripoli-born psychiatrist fled Libya as a refugee in 1967 aged 12. He returned to encourage the Arab Spring opposition to Colonel Gaddafi in the hope of seeing a new focus on democracy, freedom and respect for human rights.

"The show tells the story of suffering, injustice and individual and collective persecution," Gerbi told the Rome newspaper Corriere della Sera."It 's also the story of a community dispersed from Libya but reborn in Italy."

I saw this one-man play last year in Rome but at a minor theater. Now he is performing at Il Teatro Argentino [on the Largo Argentina], one of the major theaters in Rome. I recommend it for those who know at least a little Italian.

And judging from the election saga going on in Israel at the moment, Libyan Jews are being reborn in Israel as well.

I never thought that in my lifetime I'll see a Netanyahu beg a Kahlon days and hours to the vote, to join his government "otherwise the left will win", or something similar.

But Kahhlon talks out of both sides of his mouth. On one hand, his campaign propaganda talks about how much he reveres Menahem Begin and points out that Begin was a "social" prime minister, interested in helping the poor [in fact, Likud under Begin did much for the poor and workers, etc]. And Kahhlon defines himself as "right-wing," actually nationalist. On the other hand, it seems that he plans to take national camp votes and use them to put Herzog and Livni into power. And that would be a disaster comparable to the Munich Accord.

According to Corriere, the play was performed as a one time thing on the occasion the World Day for Jewish Refugees from Arab Countries. So it was not simply World Refugee Day. There were two performances, one in the morning for school groups and one in the evening for grown ups. But it is not now a continuing presentation.

Yes, there were two performances, one at the Teatro Umberto in June for World Refugee Day, and one in January at T. Argentino for (World) Remembrance Day for Jewish Refugees from Arab countries. Thanks for clarification

Kahlon defines himself as 'right of center."

I doubt he knows his plans himself at this juncture, other that he is the next Finance minister if he plays his cards right.

Frankly, the last two times that Labor or Labor/Meretz won an election, 1992 & 1999, they went off on "peace"
adventures and a lot of people got killed. Bear in mind what Orwell said: War is Peace.
Hence, I would not like to see Kahhlon or any national party join up with Labor or Labor/Meretz.