France's majority-Sephardi community is refusing to heed the advice of its leading lights, such as the author Marek Halter, to stay in France and fight antisemitism rather than choose aliyah to Israel, The Times of Israel reports. (With thanks: Michelle)

Halter is among the most prominent French Jews to urge his coreligionists to stick it out in France, but his campaign is exposing tensions between integration-minded progressives — many of them Ashkenazi, like himself — and a more insular Sephardic majority that favors aliyah.
Sephardic Jews are believed to constitute a disproportionate number of French immigrants to Israel — 80-90 percent, according to Sergio DellaPergola, a sociologist at Hebrew University and one of the world’s foremost experts on Jewish demography. Overall, Sephardim represent about two-thirds of French Jewry.

The overrepresentation of Sephardim, according to DellaPergola, owes to “traumas that many North African Sephardim who settled in France after the 1950s brought with them, from living in Muslim societies where many enjoyed a peaceful coexistence, but where many others were beaten and discriminated against.”

Violent anti-Semitism “brings back very unpleasant memories for Sephardic Jews, who already have a higher propensity to make aliyah also out of religious sentiment as they come from more traditionalist societies,” DellaPergola said. 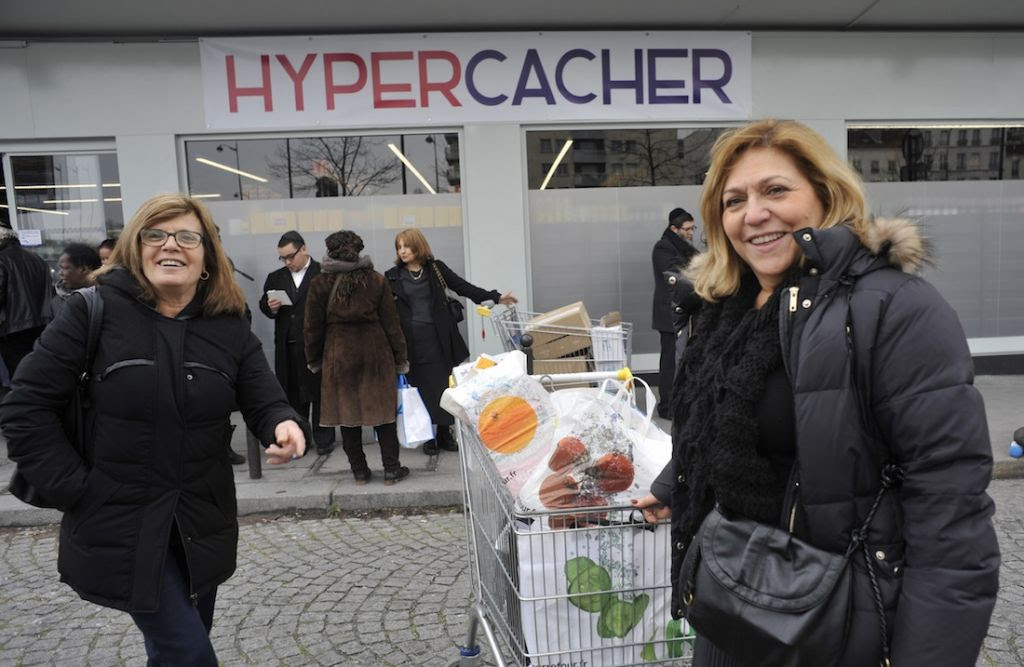 Shoppers outside the Hyper Cacher market near Paris, where four people were murdered in January. The shop reopened on March 15, 2015. (Serge Attal/Flash90/JTA)

Last year, 7,231 French Jews moved to Israel, a record-setting figure nearly three times the number who came in 2012 and which made France the world’s largest source of new Israeli immigrants. After the supermarket killings and the murder of a volunteer security guard outside a synagogue in Denmark, Israeli Prime Minister Benjamin Netanyahu announced that Israel was preparing for massive immigration and urged European Jews to consider the Jewish state their home. Some officials at the Jewish Agency, the semi-official body that coordinates global aliyah, expect as many as 15,000 Jews to arrive from France this year.

Read article in full
Posted by bataween at Sunday, March 22, 2015

Email ThisBlogThis!Share to TwitterShare to FacebookShare to Pinterest
Labels: Jews of France, Jews of North Africa