Writing in Middle East Eye, Michal Zak is right that Mizrahi Jews are discriminated against in Israel. But in my view they are not in the same boat as Arabs and Palestinians, the darlings of the Ashkenazi-dominated Israeli Left, as Zak implies. Education is indeed the answer, but while schoolchildren must be taught the glories of Mizrahi civilisation, they must also be told about the Jewish Nakba in Arab and Muslim lands. 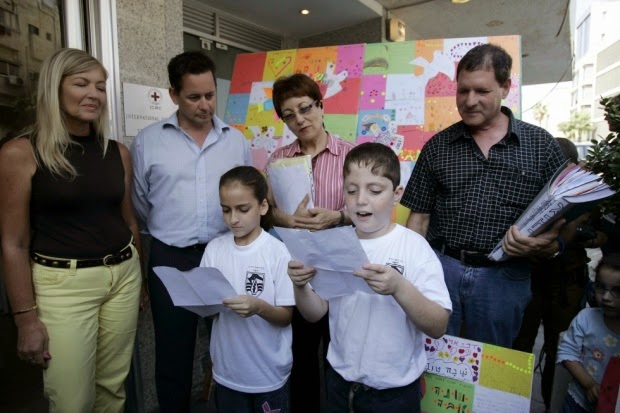 At the end of 2014 the Israeli Academy of Sciences and Humanities held a conference called “From hating the stranger to accepting the other.” The President of Israel and the Minister of Education were guests at this distinguished conference. The list of speakers included both Jews and Arabs. Mizrahi Jewish speakers were not on the schedule. The organisers of the main conference did not seem to see any need to point out who among the Jews has European origins and whose origins are North African and Asian.

But while the conference of the Israeli Academy went about discussing how to accept the other, Mizrahi artists, religious leaders and intellectuals who had not been invited to join the panels took part in an alternative conference organised at the last minute in a religious centre across the street. They named it: “The Voices of the Others.” Despite the last-minute notice and the cold and rainy weather, they filled the auditorium. Jewish musicians sang in Arabic and scholars spoke of their visions.

Dr Meir Buzaglo, a philosopher who organised the event, pointed out how the name of the official conference reflects the dominant discourse. When speaking about “accepting the other” it appears to be clear to everyone who the other is and who is responsible for doing the accepting:  “It’s as if Mizrahim, Arabs, Orthodox Jews and Ethiopian Jews, who constitute three quarters of the population, are all sitting around and waiting to be accepted.”

Professor Haviva Pedaya, an expert in Judaism, pointed out the achievements of Mizrahi activists: "We led a revolution in the cultural arena (Mizrahi music has moved from the margins to the mainstream over the years), but we must remember that this is only a cultural revolution. The next step must be an educational revolution. All of the history textbooks describe us as backward and none of us have encountered a fair textbook.”

Israel's Jewish population is divided into these two groups, with the European (Ashkenazi) group as the majority group among the Jewish citizens. It is also the group that has been in power since 1948 and has discriminated against the Jews from North Africa and Asia (Mizrahi Jews).

One reason for this kind of “colour blindness” at the conference is that Israel was established to be a safe and secure home for all Jews. Divisions, racism and discrimination among Jews undermines this historical promise. I can only compare the attitudes towards discrimination against Mizrahi Jews to the ways in which abusive relations within a family tend to be handled – with silence and denial and with a tendency to blame the victim. Those who claim that Mizrahim suffer discrimination are told that this is a thing of the past and that today anyone who works hard can succeed.

Next step: representation in text books: Pedaya's discussion of textbooks was graphically illustrated some years ago by the artist Reuven Gal who addressed the marginalisation of Mizrahi history in the books that were used when he was a high-school student.  He showed that only nine out of the 400 pages in the book were devoted to the history of Jews from Muslim countries.

Pages have been added since then, but Pedaya's call for an educational revolution requires more than that. History is still told from the perspective of European Jews with the Mizrahi - and of course the Arab - as the “other”. Throughout my education I was given to understand that there is less representation of Mizrahi history and culture than of Jewish history in Europe because nothing worthwhile happened in the Jewish communities in Muslim countries over the past 200 years.

The Jewish communities from the Muslim countries are often portrayed as backwards and as needing to be saved by the Ashkenazi Zionists - a perspective contributing to stereotypes about the Mizrahim as passive, primitive and lazy. The history textbooks have evolved over the years and these overt stereotypes have been replaced by a more subtle discourse which describes the Mizrahi as partners in the building of the nation. But until this new discourse includes admitting to the racism they suffered from, it is unlikely that things will fundamentally change.

Read article in full
Posted by bataween at Wednesday, March 18, 2015

Discrimination of Jews from Arab lands constitutes'
"racism." All are Jews.
Do Itallians or Germans or the French, , talk about southern Italians etc as a separate race?
I am so sick of leftist bullshit.
why is PNR usually good site reprinting this crap?
What is racist is making out that Ashkenazi Jews like myself are racially different. We share the same DNA as Mid East Jews. Hell with you the true 'racists" of the far and radical left.