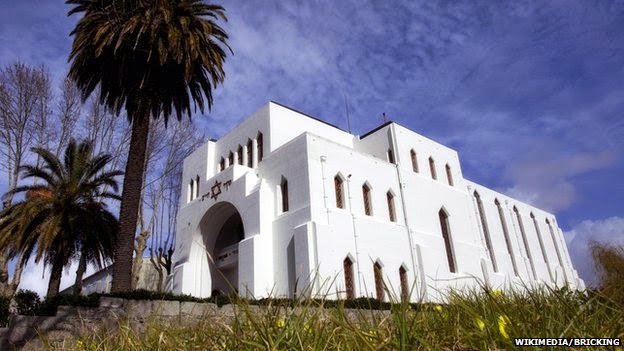 (JTA) — The government of Portugal published its procedure for handling applications for citizenship based on the country’s law of return for descendants of Sephardic Jews.

The new procedure, effective as of Sunday, is based on legislation passed in 2013 entitling the descendants of Sephardic Jews to the Portuguese nationality deprived of them due to religious and racist persecution as of 1492, the year that is widely accepted as the beginning of the Inquisition.

It forced hundreds of thousands of Jews to emigrate under duress.

“The following document will allow the realization of the right of return to Jewish Sephardic descendants of Portuguese origin who desire, through acquiring Portuguese nationality by naturalization, to integrate into the national community with all the inherent rights and obligation this entails,” reads the new decree of law, which was published Monday.

Thousands of descendants of Sephardic Jews have enquired about obtaining Portuguese citizenship since new rules were brought in earlier this year, it's reported. (...)

More than 5,000 people from around the world have contacted Oporto's Jewish community in the past two months to enquire about the process, and the first 21 applications have already been approved, spokesman Michael Rothwell tells the paper. Among those 21 are people from as far afield as Panama, Australia and China. Applicants must obtain a certificate confirming their ancestry from one of the country's two small Jewish communities in Lisbon and Oporto, as well as documents proving they have no criminal record.

Spanish citizenship law due to be passed this Spring
Posted by bataween at Thursday, March 05, 2015

Email ThisBlogThis!Share to TwitterShare to FacebookShare to Pinterest
Labels: Jews of Portugal

How can you prove you have no criminal record? Is it any different from proving you don't have a sister?

Ben, In Canada, if you want to apply for certain jobs or even volunteer work you are required to obtain a certificate of clearance from the police department in the jurisdiction in which you live, which will certify whether or not you have any convictions or charges pending against you.