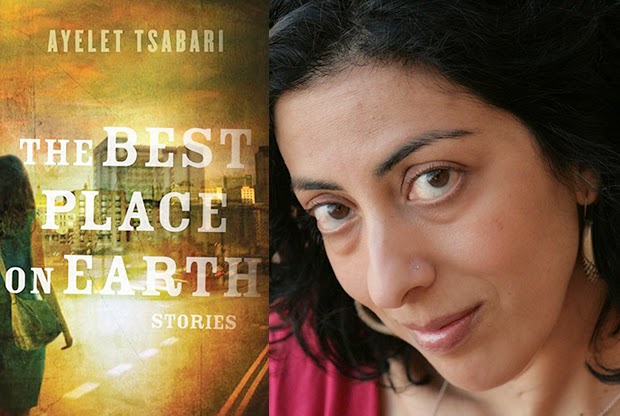 A prestigious literary prize has been awarded to the Yemenite Israeli author Ayelet Tsabari. While Tsabari is to be applauded for trying to change the Eurocentric character of Israeli history, her work should not be seen (as hailed by Sigal Samuel in the Forward),  as a victory for 'Arab Jews': most Jews from Arab countries would reject the expression.

Ayelet Tsabari, author of The Best Place on Earth: Stories, has been named the winner of the Sami Rohr Prize for Jewish Literature. The $100,000 prize, which is one of the most generous literary awards, alternates between fiction and non-fiction yearly (last year’s nonfiction winner was Matti Friedman for his book The Aleppo Codex: A True Story of Obsession, Faith, and the Pursuit of an Ancient Bible). Kenneth Bonert, author of The Lion Seeker: A Novel, was named this year’s runner-up and will be awarded $25,000.

In Tsabari’s debut story collection, she explores Israeli history through characters of Mizrahi background—Jews of Middle Eastern and North African descent—who are at the crossroads of nationalities, religions, and communities.

“I grew up not seeing myself and my family in literature, so writing The Best Place on Earth was a way to create the characters that were missing from my childhood stories,” Tsabari said in a statement. “By portraying characters of Mizrahi background I was hoping to complicate readers’ perceptions of Israel and Jewishness, and to expand and broaden their ideas of what a Jewish story and Jewish experience can be.”