The Adenite couple behind the Esther cinema 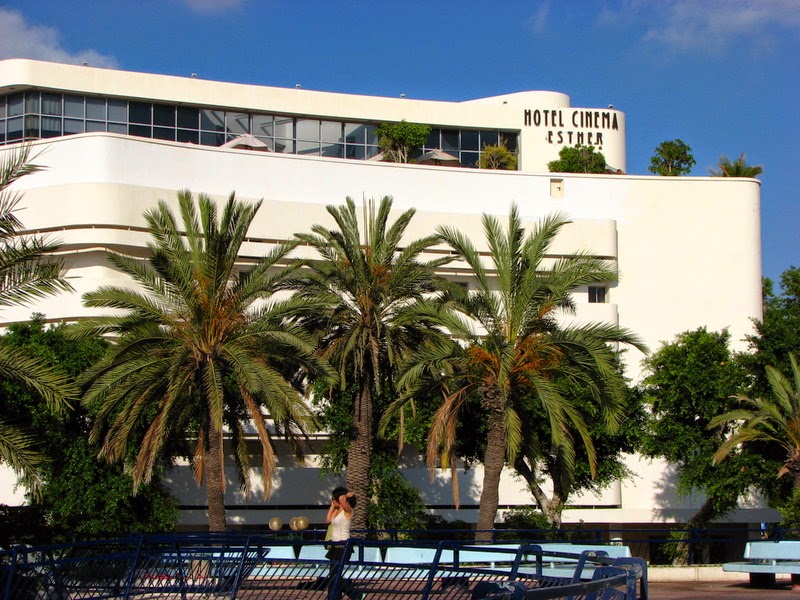 The Esther cinema, now a boutique hotel on Dizengoff Circle in Tel Aviv

What does a boutique hotel built in Bauhaus style in central Tel Aviv have to do with the old British protectorate of Aden?

The link between the two is a remarkable couple, Esther and Moses Nathaniel. Both were born in Aden, at the tip of Yemen, when the port was an outpost of the British empire. They packed their bags in 1924 and arrived in the burgeoning city of Tel Aviv. They built the Dizengoff cinema, as it was originally known, in 1930.  It was designed by the Ukraine-born architect Yehuda Magidovich and renamed the Esther Cinema in 1931.

The marriage of Esther and Moses was a love match opposed by their families. Moses was from a poor family, self-taught. But he became an independent, successful businessman and the managing director of a commercial giant, 'Menachem Moshe'.

The company brought him into contact with Esther's family. Esther was born to an affluent and influential Adenite family whose members were leaders of the community for 150 years. According to an explanation in the hotel foyer, "Esther was the senior grandchild who knew how to take privileges unheard of in her generation and use them to her advantage." She studied in a missionary school, invited private tutors to teach her and opened bank accounts in Paris and Tel Aviv.

Esther and Moses met at the company offices and held a secret love affair for six years. Before they moved to Israel as a married couple, their courtship was conducted through coded love letters and hasty meetings.

When the couple died, the Esther cinema passed to their grandson, Dani Goldsmith. It was converted into an hotel, but the main staircase and foyer recall its past purpose and display a massive film projector and old film canisters. Guests can see classic film clips projected in the reception area.

Posted by bataween at Wednesday, February 25, 2015