The New York Times has followed Reuters with a story and eight photographs about Yemen's beleaguered remnant under the Houthis, this time shifting the focus from the Sana'a compound of 45 Jews to the northern region of Raida. In contrast to the Reuters figure of 26, the article by Rod Nordland puts the figure  of Jews in Raida at 55, mostly belonging to the Jacob clan. All are desperate to leave, preferably for the US, where at least 60 Jews have been resettled in recent years. 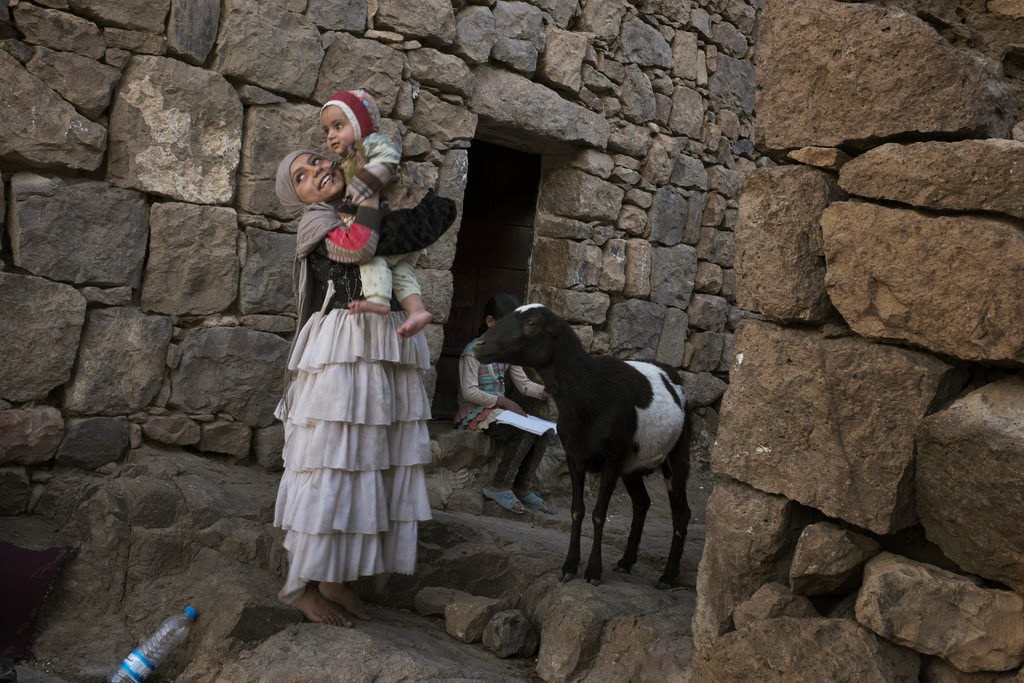 In Raida, Abraham Jacob shrugged off his neighbors’ anti-Semitism, saying, “There are good people, and there are bad people.” But it is harder to overlook the Houthis’ slogan, which is chanted at all Houthi rallies, broadcast on television and painted on what seems like every blank wall space in areas they control.

“We know there are Houthi people who are understanding and tolerant, and we have not been harmed by any of them,” Mr. Jacob said. “But this cursing us to damnation is distressing and hurtful to us.”

“Honestly,” his brother Suleiman said, “we are a little afraid of the Houthi takeover and don’t know what to do about it.”

Their family’s choice would be to emigrate to the United States, rather than Israel, Suleiman said, “because America is quieter, and we’ve had enough problems already.”

Despite the embassy closings, he said he remained hopeful that his son Jacob, who will turn 13 late this year, can celebrate his bar mitzvah outside Yemen. The boy has already been memorizing the Hebrew verses that he will have to chant for the occasion. “He is my best Hebrew student,” Suleiman said.

The neighborhood still has young children and their parents, as well as elderly people, but there are few single adults of marriageable age. Most have emigrated. The last wedding took place two years ago, Abraham said. The newlyweds left Yemen and never came back.

“There isn’t a single one of us here who doesn’t want to leave,” Suleiman said. “Soon there will be no Jews in Yemen, inshallah,” he said, using the Arabic expression for “God willing.”