Copenhagen victim was another Tunisian Jew 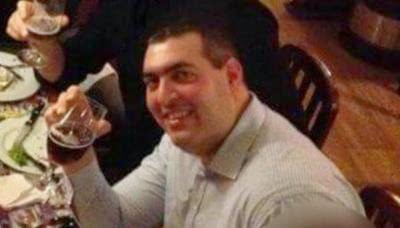 The Islamist terror attack on the Copenhagen synagogue has claimed the life of another Tunisian Jew.

Dan Uzan, 37, (pictured) was an unarmed volunteer guarding the entrance to the Copenhagen synagogue during a Batmitzvah party with 80 guests. He was shot in the head by a gunman who had just murdered Finn Noergaard, a film director attending a meeting called to discuss freedom of expression.

Uzan's murder brings to seven the number of Tunisian Jews 'randomly' gunned down in Islamist attacks in Denmark and France. Four Tunisian Jews died in the Hyper Cacher siege in January. Another two Jews murdered in the Charlie Hebdo shootings also happened to be originally from Tunisia.

Uzan went to the Jewish school in Copenhagen and held a Master's degree in Economics from his city's university. He was also a keen basketball player.

Email ThisBlogThis!Share to TwitterShare to FacebookShare to Pinterest
Labels: Islamism, Jews of France, Jews of Tunisia