What makes an Algerian-born Jew, who has lived most of his life in France, wish to be buried in a Jew-free country from which Jews had been expelled?  Roger Hanin, a famous TV actor and star of the film Le coup de Sirocco, had his last wish fulfilled when he was buried on Friday with full honours at the St-Eugene Jewish cemetery in Algiers. His body will lie near his father's. Le Parisien reports: 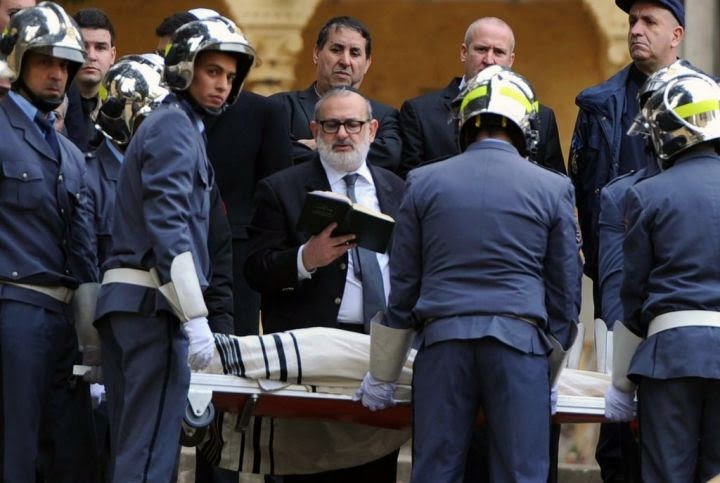 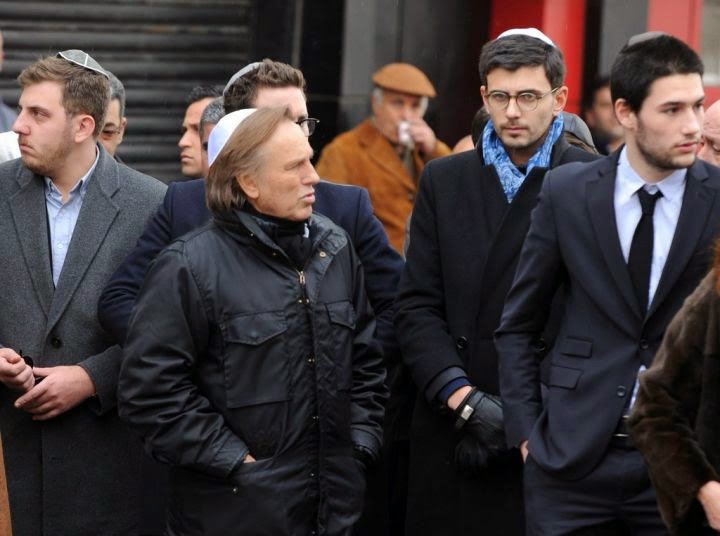 Some 20 friends and relatives, including his daughter and the film-maker Alexandre Arcady, who was also born in Algiers, joined the Algerian minister of culture Nadia Labidi, the French ambassador to Algeria Bernard Emie and the Wali, Abdelkader Zoukh. The coffin was received by a guard of honour at the gates of the Saint-Eugène cemetery. The cemetery was renamed Bologhine following independence, after the founder of Algiers in the 10th century.

Roger Hanin's   decision to choose Algiers as his last resting place is the "expression of his attachment to his native land; many Jews feel a similar attachment to Algeria and a deep sense of familial belonging", the CRIF president Joel Mergui explained. The Algerian President Abdelaziz Bouteflika paid homage to the actor, "a symbol of the friendship between the Algerian and French peoples."

Moustaki will not be buried in Alexandria
Posted by bataween at Tuesday, February 17, 2015