The Armenian chief adviser to the Turkish Prime Minister is blaming the country's Jews for rising antisemitism: being better educated,  they (and the country's 60, 000 Armenians) humiliate Muslims with their 'superiority' complex. Burak Bekdil explains in the Gatestone Institute (with thanks: Lily):

Etyen Mahcupyan is a leading Turkish Armenian intellectual, writer and columnist. He has published more than 15 books and has written regular columns in Turkey's leading liberal newspapers. Last October, Mahcupyan, one of a dwindling number of liberals keenly supporting Turkey's Islamist government, was appointed as "chief advisor" to Prime Minister Ahmet Davutoglu. In a recent interview with Turkey's leading daily, Hurriyet, Mahcupyan said,

Whatever has been a [political] asset for Turkey's Armenian community (they number around 60,000) is an asset for the Jewish community too. But... there is Israel... As long as the psychology of the Israel issue continues to influence politics in Turkey and relations between the two countries do not normalize...

The line Mahcupyan shyly did not finish probably would have gone on like this: "Turkey's Jews will keep on paying the price." 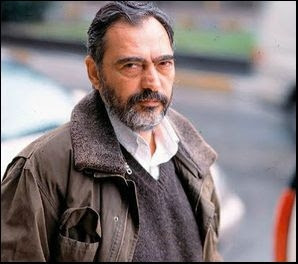 Turkish Armenian intellectual Etyen Mahcupyan thinks that daily attacks on Turkey's Jews and other non-Muslims happen because they are better-educated then Muslims and have a "superiority complex."
In a recent article, Mahcupyan, a former editor of Agos, where the slain Turkish Armenian journalist Hrant Dink wrote, argued that Turkey's [secularist] Jews harboured an allergy against Muslims.

Mahcupyan apparently deserves his new position as "his master's voice."

He admits that it is the government's responsibility to do something if Turkey's Jews felt awfully alienated. But he thinks "there is the other side of the story."
Mahcupyan said: "All of this [anti-Semitism in Turkey] is related to the Jewish community's perception of Islam and the region. This is a perception that powerfully produced politics and positions. If the Armenians do not behave like them [the Jews] we can understand the historical difference between the two [Jewish and Armenian] communities."

Apparently, Mahcupyan, the prime minister's chief advisor, tends to blame the victim, not the criminal. "I have lived through this personally for the past 60 years," he explains. "Among Turkey's non-Muslim minorities, including Jews and Armenians, there is an [established] opinion about humiliating Muslims." So, did your poor friend Dink deserve to be murdered because he humiliated Muslims?

Secondly, Mahcupyan continues, "Both Jews and Armenians are better-educated [than Muslim Turks] and more open to the West. And this brings in a feeling of superiority complex."

To sum up, the Turkish Armenian liberal intellectual, who also happens to be advising the Turkish prime minister, thinks that daily attacks on Turkey's Jews and other non-Muslims, including the murder of his "friend" Dink, happen because: Jews and Armenians humiliate Muslims; they are better-educated then Muslims and hence their superiority complex. Lovely!

In the 18th and 19th centuries, the Ottoman state machinery produced several non-Muslim converts (the devshirme) who enjoyed higher echelons of the palace bureaucracy and finer things of life because their pragmatism earned them excellent relations with the ruling Muslim elite. It looks like the devshirme system is still alive in post-Ottoman Turkey.

Read article in full
Posted by bataween at Wednesday, December 24, 2014

It seems that nowadays "liberal" can mean anything and can be applied to anyone.

Just because two groups have suffered the same persecution by the same masters doesn't mean they support each other. Look at the Poles in WW2