The last word on Lilly Solomon

Point of No Return is one of the rare sites where people come to find out about the Jews of Pakistan. 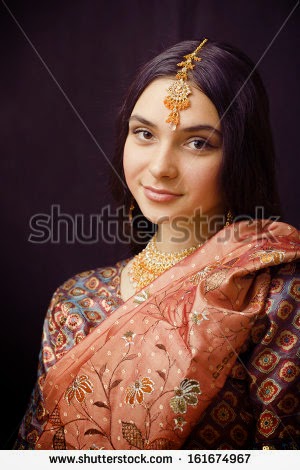 Dancer from the Indian subcontinent

On not a few occasions, readers from Karachi have raised the name of a green-eyed dancer named Lilly Solomon whom they knew in the 1960s. She might have married a Muslim.  She must have had a mesmerising presence because several commenters (or their mothers) were desperate  to make contact with her again.

Says one commenter:..." there was a stage dancer who used to come and dance on occasions like some one's birthday or a variety show. Her name was Lilly Solomon and she used to come accompanied by her father Solomon. I have seen the father and the daughter when she came in my neighborhood in a variety show to dance. She was very beautiful and danced Pakistani traditional dances very well. No one bothered her because of her Jewish origin and she socialized with the Pakistanis very freely without any fear. If some cheap hoodlum had ever tried to bother her it was not because she was  Jewish but in Karachi there were all kinds of people in such Variety shows and few were jerks and they would bother any girl regardless of what her religion was. Hell! they never even bothered to know what Lilly's religion was anyway."

Most recently a gentleman from Karachi now living in the US wrote to Point of No Return with an update on Lilly Solomon.

"  I got in touch with one of her brothers, and yes, sadly Lilly passed away about two years ago.  Her family is still living there (in Karachi).
Yes, she did become a Muslim.  Her children by her heritage though, I believe are all Jews, as it is based on the mother's Jewishness.  They are now of course Muslims, but deep down, they are Jews.  Am I wrong?  Not sure. This is what I have been told."

I also remember Lilly had two brothers Issac and papoo solomon they lived in Nazimabad Karachi in the early sixties both the boys were very good cricketers we used to play together, however, there was never any question about their believes very good family. Those were the days.