New evidence has come to light that the Nazi Alois Brunner died in Damascus four years ago. Remembering the Arab-Nazi relationship may seem inflammatory but it is nonetheless the awkward truth, writes Guy Walters in the Daily Beast (with thanks: Eliyahu): 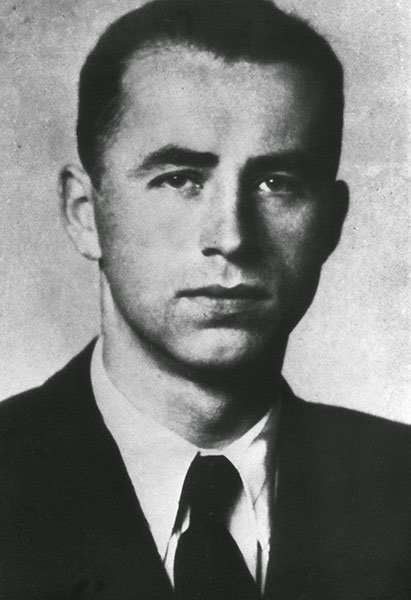 Brunner, who sent an estimated 130,000 Jews to their deaths, made his home in Damascus, Syria, where he found the conditions much to his liking. Although there has been much guff peddled about Brunner’s postwar activities over the past few days—some of which may be true—there is no doubt that he worked in cahoots with the Assad regime, or at least certainly enjoyed its protection.

However, Brunner was not the only perpetrator of the Holocaust mooching around the streets of the Syrian capital. In terms of gruesome numbers, Franz Stangl, the former commandant of Treblinka extermination camp, had some 800,000 murders on what remained of his conscience, and he arrived in Damascus in September 1948 with the assistance of a Roman Catholic bishop.

Although Brunner is said to have variously worked as an intelligence agent, an arms dealer, and a security advisor, Stangl took more menial positions in textile firms. Life was somewhat frugal, but manageable. Unfortunately for Stangl, the local chief of police took a fancy to his 14-year-old daughter and wanted to add the child to his harem. Stangl didn’t tarry, and packed his bags and shepherded his entire family to—you guessed it—Brazil.

Stangl seems to have been one of the few Nazis who didn’t find the air pleasing in Syria. Most, such as Major-General Otto-Ernst Remer, prospered on Arab Street. Remer was, frankly, a real piece of work, and having founded the swiftly-banned Socialist Reich Party in West Germany in the early 1950s, decided that working as an arms dealer with the likes of Brunner more rewarding.

Unlike Brunner, Remer was itinerant, and spent much time in that other nest of postwar Nazis—Cairo. If anything, the Egyptian capital was even more appealing than Damascus, and had been playing host to Nazis immediately after the war, when King Farouk opened his arms to scores of former SS and Gestapo officers.

That hospitality continued even after Farouk was deposed by the Free Officers Movement in 1952, as Nasser regarded German scientific and intelligence expertise as being an essential component of his regime. No less a figure than Joachim Daumling, the former head of the Gestapo in Düsseldorf, was tasked with establishing Nasser’s secret service.

In fact, the list of some habitués of Cairo in the 1950s and the 1960s reads like a who’s who of Nazi Germany, featuring as it did the rescuer of Mussolini, Otto Skorzeny; the ace Stuka pilot Hans-Ulrich Rudel; the leader of a notorious SS penal unit, Oskar Dirlewanger; and the particularly odious and violently anti-Semitic stooge of Goebbels, Johannes von Leers.

What made the relationship between these former Nazis and the Egyptians and Syrians so successful was that it was a genuinely two-way deal. The Arabs offered the Nazis a haven, as well as a market for all their nefarious dealings in arms and black market currency. The Nazis, meanwhile, were able to provide technical and military experts, as well as the knowhow of establishing the instruments of repression.

However, below the back scratching lay a deep and dark underpinning to the relationship between the crescent and the swastika. That was, of course, a hatred of the Jews, and in particular, a desire to see the eradication of Israel.

Read article in full
Posted by bataween at Thursday, December 11, 2014