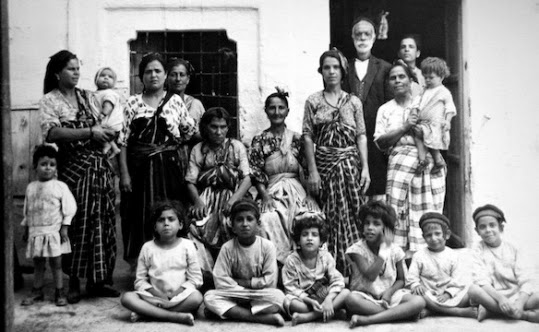 *Voice of Israel's Even Harow interviews Matti Friedman, author of Mizrahi Nation, on 30 November (11 mins into the broadcast)

Israel on Sunday marked the displacement of hundreds of thousands of Jews from Arab countries after the 1948 Arab-Israeli war.

In a bid to draw attention to their plight, Israel formally marked the event with a state ceremony under a new law naming November 30 as the anniversary.
"Nearly 800,000 came here and the rest (around 256,000) went to the United States, France, Italy and elsewhere," said Meir Kahlon, chairman of the Central Organisation for Jews from Arab Countries and Iran. 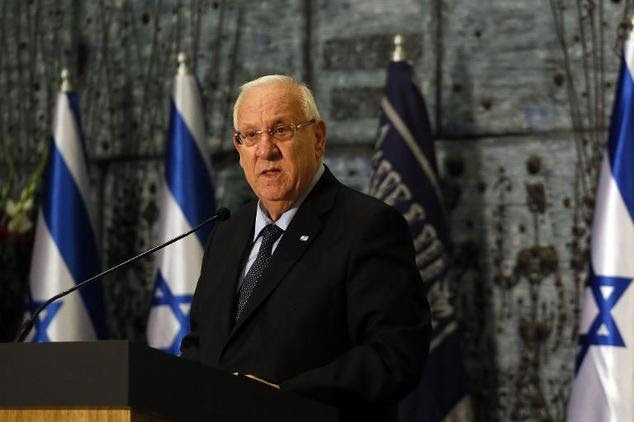 Israeli President Reuven Rivlin speaks during the first ceremony to mark the 'Day of Commemoration for Jewish Refugees from Arab countries and Iran' at the presidential compound in Jerusalem, on November 30, 2014 ©Gali Tibbon (AFP)

Kahlon himself came to Israel as a child from Libya and spent his first years in the Jewish state in one of the tent camps set up to shelter the flood of newcomers.
At the state ceremony, President Reuven Rivlin acknowledged that for Jews from the Middle East, their troubles were not over when they reached Israel, where European Jews had a chokehold on power.

*Our day to recall the exodus of Jews expelled from Arab lands, by Michelle Huberman (Jewish News)

“Huberman? That doesn’t sound very Sephardi. Do you have a Sephardi parent or did you marry a Sephardi man?” asked Vivian Wineman, the president of the Board of Deputies, at our joint event last Sunday, to mark the first annual memorial day to remember the mass exodus of Jews from the Middle East and North Africa. “No,” I replied. “I’m Ashkenazi, and I believe this is as much our story in the same way that the Ashkenazim do not have exclusivity on the Holocaust. We all have the same biblical roots and our stories should be shared by all the Jewish communities.”

The organisation I am involved with is Harif. A UK organisation set up in 2005 to promote the history, culture and heritage of Jews from North Africa and the Middle East and change the false perception that Israel is a nation of white European Jews.

We had a major breakthrough in our grassroots efforts when the Israeli government supported our campaign to have an official day in the Jewish calendar. Until very recently, successive Israeli governments have been criticised by the Sephardim and their descendants for their near silence on the issue.
Last Sunday in London we joined with the Board of Deputies to mark the first event, as did other communities across the globe and in Israel.

JERUSALEM (JTA) — Israel for the first time marked a national day of remembrance for the hundreds of thousands of Jews who were displaced from Arab countries.

In June, the Knesset adopted a law designating Nov. 30 as the annual national day of commemoration for the 850, 000 Jewish refugees who were displaced from Arab countries and Iran in the 20th century. The official commemoration falls a day after the anniversary of the United Nations General Assembly’s approval of the partition plan for the Palestine Mandate  creating a Jewish state.

“Today, for the first time, we are marking the exit and deportation of hundreds of thousands of Jews from Arab countries and from Iran in the years following the establishment of the State of Israel,” Prime Minister Benjamin Netanyahu said in a statement released Sunday.

A band of young, Jewish musicians filled the halls of Hillel at UCLA with traditional Sephardic music as more than 120 local Sephardic Jews gathered at the center on Nov. 24 to commemorate Jewish refugees from Arab lands and Iran. Sponsored by the nonprofit Jews Indigenous to the Middle East and North Africa (JIMENA) and the Consulate General of Israel in Los Angeles, the event was designed to raise greater community awareness about the expulsion and flight of hundreds of thousands of Jews from various Middle Eastern and North African countries since the creation of Israel in 1948.

“We have a responsibility to tell the world about the stories of our Jews that had been living for many centuries throughout countries in the Middle East and overnight became refugees by the Arab and Islamic regimes in those countries,” Israel’s Consul General in L.A. David Siegel said, calling upon those gathered “to teach your children about the near 1 million Jews who were left homeless and had everything taken away from them.”

The national day of commemoration for Jewish refugees from Arab lands and Iran was officially marked in Israel for the first time this year on Sunday, November 30. 850,000 Jews left, were expelled or fled homes in Syria, Libya, Morocco, Algeria, Tunisia and other Arab and Muslim countries around the time that the State of Israel was established.

Meir Kahlon, chairman of the World Organization of Jews from Arab Countries described to Israeli daily Haaretz the day as "commemorating the expulsion of the Jews from Arab lands… we want to remember this day as the Nakba Day of the Jews of Arab Lands," Kahlon said, using the term commonly used by Palestinians to refer to Israel's Independence Day (Nakba means catastrophe in Arabic).