Why does Israel's new IDF chief-of-staff have an Ashkenazi name? Yet Gadi Eisenkot's family are Moroccan through and through. Haaretz speculates that some immigration clerk misspelled Azencot, an illustrious name in Sephardi circles.  (Just as well - the meaning in German/Yiddish is rather rude.) 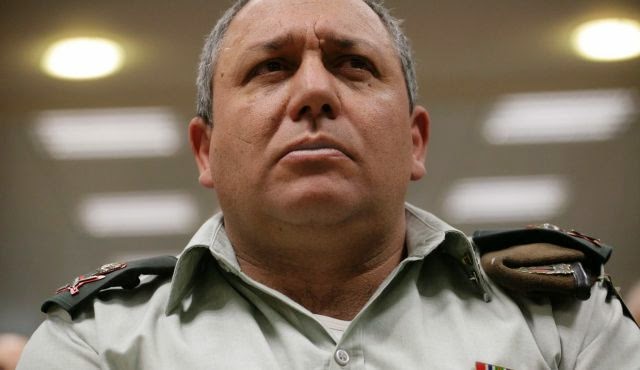 Gadi Eisenkot - a Moroccan with an Ashkenazi name?

Many Israelis welcomed the news that the Israel Defense Forces' new chief of staff, Gadi Eisenkot, will be the first Israeli of Moroccan descent to attain the senior post. While it is true that both Eisenkot's parents were born in Morocco, many – including a headline in the cover of Yedioth Ahronoth Sunday – asked how it is that the first Moroccan chief of staff has such an Ashkenazi sounding last name.

In an interview with Army Radio on the subject, Eli Biton, an expert on Moroccan Jewry, suggested that the name implied that Eisenkot had Ashkenazi ancestors: "In the 19th century and during world War II Jewish families from Russia and Poland immigrated to Morocco. All those who escaped survived, and part of them forgot their Yiddish, but the last names – like Goldberg, Wassermann, Shapira, and also Eisenkot - stayed."

While this is a plausible explanation to where Eisenkot's name came from it is almost certainly false. Eisenkot is far from being a common name among European Jews since in German it means "Iron feces."

On the other hand, Azenkot and other variations on that spelling are quite popular among the Jews of Tunisia and Morocco, and have been so for centuries, much earlier than the small trickle of European Jews to Morocco mentioned by Biton. The name is recorded among Sephardic Jews as early as the 17th, when we have the first record of the name inn the person of Rabbi Saadia Azencot, who lived in the Netherlands at the time, where he was teacher of famous Swiss theologian Johann Heinrich Hottinger.

In the 19th century, the Azencot family was one of the most prominent in the Jewish community of the Moroccan coastal city of Tangier: David Azencot was translator to the French counsel in the city and Abraham Azencot was one of the community's chief members. Another member of the family, Moise, immigrated to Argentina and became a writer.