With thanks: Ahuva and Yoram


"According to the United Nations, about 700,000 Palestinians were displaced in the war initiated by the Arabs themselves. At the same time, some 850,000 Jews were forced to flee from Arab countries.

Israel's ambassador to the United Nations, Ron Prosor, on Wednesday called on UN Secretary-General Ban Ki-moon to work for the establishment of a documentation and research center dedicated to Jewish refugees from Arab countries, Arutz Sheva reports.

"We must collect the evidence and tell the story of the Jews who were expelled from their countries. The UN will not erase the pain, but it certainly can express it," said Prosor.

Dudu Tassa and the al-Kuwaitis provided the musical entertainment at the UN meeting on Jewish refugees on 3 December.  You can see the entire televised proceedings here.

To a thronging crowd in the UN’s Economic and Social Council (ECOSOC) Chamber in the UN’s headquarters in New York City, Israeli Ambassador to the United Nations Ron Prosor declaimed Wednesday that the 850,000 Jewish refugees from Arab and Muslim countries who fled in the aftermath of Israel’s creation in 1948 “deserve justice – and we [Israel] will not rest until they get it."
In what has become an annual event, the Israeli government sponsored a special event entitled: “The Untold Story of 850,000 Refugees, The Tale of Ancient Jewish Cultures in Arab Countries.”
Prosor went on to state:


"Eight hundred and fifty thousand Jews were forced to flee from Arab lands – and while they went on to raise families and have successful careers and give to their new communities – they never forgot the pain and humiliation of being torn from their homes.
“From this podium, in the heart of the Family of Nations, I call on the Secretary-General to appoint a Special Representative to establish a center of documentation. Collect the evidence to preserve history, document their firsthand accounts, and tell the story of the 850,000 Jews who were persecuted and expelled at the hands of the Arab nations.

“The United Nations cannot erase the pain and humiliation endured by the Jewish refugees, but it can help to make amends.”

*The UN and Unequal justice: the case for Jews from Arab countries, by Irwin Cotler (Algemeiner)

Point of No Return adds: The Israel ambassador was speaking as part of a special event organised, among others, by the World Jewish Congress in order to commemorate the first Day to remember Jewish refugees from Arab lands and Iran. The event featured a concert by Dudu Tassa, the grandson of one of the two famous Al-Kuwaity brothers, Daoud and Saleh.

Before  excerpts from 'Farewell Baghdad', also known as the Dove Flyer and based on the book by Eli Amir, a video clip of the author was shown. Eli Amir - born Fouad Elias Khalastchi - said that the Jews had been in Iraq for 70 generations, and besides having contributed to Judaism the Babylonian Talmud, had been in the forefront of progress. The first modern schooling system was the Alliance Israelite Universelle, a 19th century project initiated by western Jews to benefit their disadvantaged eastern brethren. Modern Iraq owed its prosperity to Sir Sasson Eskell, who tied oil revenues to the gold standard, and Yousef el-Kebir, who wrote the Constitution. The first novel and short story were written by Salim Darwish and Yaakov Bilbul, respectively. All the players except the drummer in the national orchestra were Jews.

Amir saw the flight of Jews from Arab lands and Palestinians from Israel as an exchange of populations. He had two friends: one, a Palestinian brought up in the US, had been able to rebuild his life. The other had been left to languish in a refugee camp, a 'crime' by Arab governments. 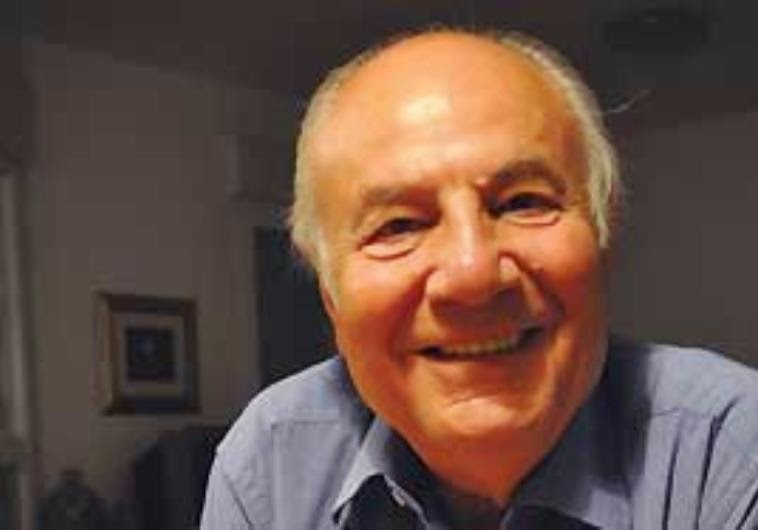 here is a piece about the Mufti of Jerusalem, Haj Amin el-Husseini and his Nazi ties. This blog post has a link to a video film of Husseini arriving at Hitler's HQ for a meeting with the Fuehrer
http://ziontruth.blogspot.co.il/2011/11/seventy-years-since-arab-mufti-haj-amin.html

a video on the Nazi-Arab relationship [in German with English subtitles]
http://www.dailymotion.com/video/xlulf_mufti-hitler-1_news