Don't ignore the Jews of Sudan

"Even researchers specializing in Jews of Mizrahi origin have not heard of the Jews of Sudan", declares Haaretz, in this profile of Yehoshua Levy, 81. They have not been reading Point of No Return! Their ignorance can possibly be explained by the fact that Sudan and Egypt were for a long time united under British rule. 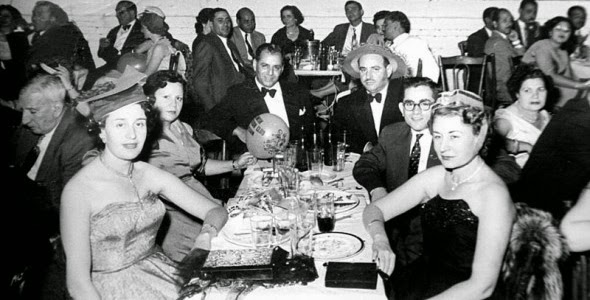 Good times in the Sudan

Yehoshua Levy, an 81-year-old retired marine engineer, left his Tel Aviv apartment two weeks ago, bound for Bar-Ilan University and a conference on “Exodus, Emigration, Expulsion and Uprooting.” It was the first ever national day in honor of Jewish refugees from Arab and Muslim states.

Levy, who had heard of the conference only a day earlier, wasn’t surprised he hadn’t received an official invitation. He belongs to a small, rare community of Jews who immigrated to Israel from Sudan. The organizers didn’t even know of its existence. Even researchers specializing in Jews of Mizrahi origin haven’t heard of it.

The Jewish community in Sudan dissolved after 1956 (not strictly true - Jews still lived there in the 60s and 70s - ed), when the country became independent and joined the Arab League. An estimated 500 Jews came to Israel, while the rest dispersed around the world.

“We don’t have an organization because we’re too small,” says Levy. “The charismatic leaders we had in Sudan went to America and England. Those who came here wanted to assimilate, to be like everyone.”

But for Levy, the numbers don’t matter. The stories, the heritage, the tradition and history of his community continue to occupy him, a full 65 years after he left Khartoum and came to Israel alone, aged 16.

His maternal grandfather, Farag Shua, took the train from Egypt to Sudan in 1900, “carrying a Singer sewing machine,” and became a textile merchant in Khartoum, Levy recalls.

In a small rented room in the then British/Egyptian-run state, Shua set up the community’s first synagogue in 1905. He taught the children Torah, Hebrew and prayers.

Shua visited Israel frequently; on one of his trips to Tiberias, he met Rabbi Salomon Malka and invited him to be the chief rabbi of Sudan’s Jews.
Shua’s eldest daughter, Rahma (Nehama) – Levy’s mother – was born in the Sudanese capital in 1901, the first of 11 siblings. When she was 16, her father took her to Egypt to find a match.

“In Sudan there were very few Jewish young men,” says Levy. “It was customary at the time to go to Egypt, where there was a much larger Jewish community. The matchmaker used to present a few young men and the father would choose one for his daughter.”

That’s how his mother met his father, Sasson Levy, and the two settled down in Khartoum. “We used to laugh at his Arabic, which was different from our grandfather’s, and at the way he pronounced all kinds of words,” Levy recalls.
Sasson and Rahma had eight children, including Yehoshua in 1933. “My life in Sudan wasn’t good. I don’t have good memories of it,” he says. “Anti-Semitism was widespread. When I left my neighborhood, children used to beat me up. Sometimes I fought against five at a time. In the street, they swore at me.”

After Israel’s War of Independence in 1948, Levy started wondering why people shouted at him, “Jew, go to Palestine! What are you doing here?”

He decided to leave. In 1949 he boarded a plane – a propeller-powered Dakota – from Khartoum to Lod Airport, with a fuel stop on the Sudan-Egypt border.
His family joined him later. The last to leave Sudan was his brother, who remained until 1960.

Levy forged the age on his immigrant’s card so he could join the Israel Defense Forces. After his discharge he studied mechanics at the Technion, Haifa, and worked for Hayama, a company that built fishing boats. He obtained his second degree in marine engineering in The Netherlands.

After working in Israel Shipyards, he had a stint in England, where, among other things, he served as an adviser to shipping magnate Sammy Ofer.

Back in 1882, following a rebellion by Muhammad Ahmad bin Abd Allah against the Turco-Egyptian government in Sudan, the Egyptian army was defeated and the British governor, Gen. Charles Gordon, killed. The Jews were forced to convert to Islam and marry Sudanese women. ( During the rule of the fundamentalist Mahdi - ed). The British conquered Sudan again at the end of the 19th century and the Jews were permitted to live as a community again. But when Sudan became independent in 1956, the Jews’ situation took a turn for the worse. “They wanted to be equal, but were accused of spying for Israel,” says Levy.

The entire community left Sudan, leaving behind its members’ private and communal property.

“It’s hard to believe how many people from that tiny community did so well in the world,” Levy says proudly. He knows of Sudanese Jews who became extremely wealthy doing business around the world. The long list includes names like Tamam, Gaon and Sarussi, as well as Levy’s own relatives.

“My brother, Morris Levy, became chairman of the multinational engineering and design firm Parsons Brinckerhoff. My cousin, Ezra Shua, was a nuclear engineer who worked on secret projects in the Pentagon,” he says. “And yet, 95 percent of Israelis don’t even know there were Jews in Sudan.”

Fascinating article on Jews from Sudan.Itbinterests me because when I was at .university in.Exeter in 1950 I had several Sudanese friends (Muslims) and retain an interest in tht country.
It is important to maintain records and narratives of Jewish life worldwide.

This is amazing. I had never heard a word of this before.

off topic/
book on Nazi efforts to use Islam