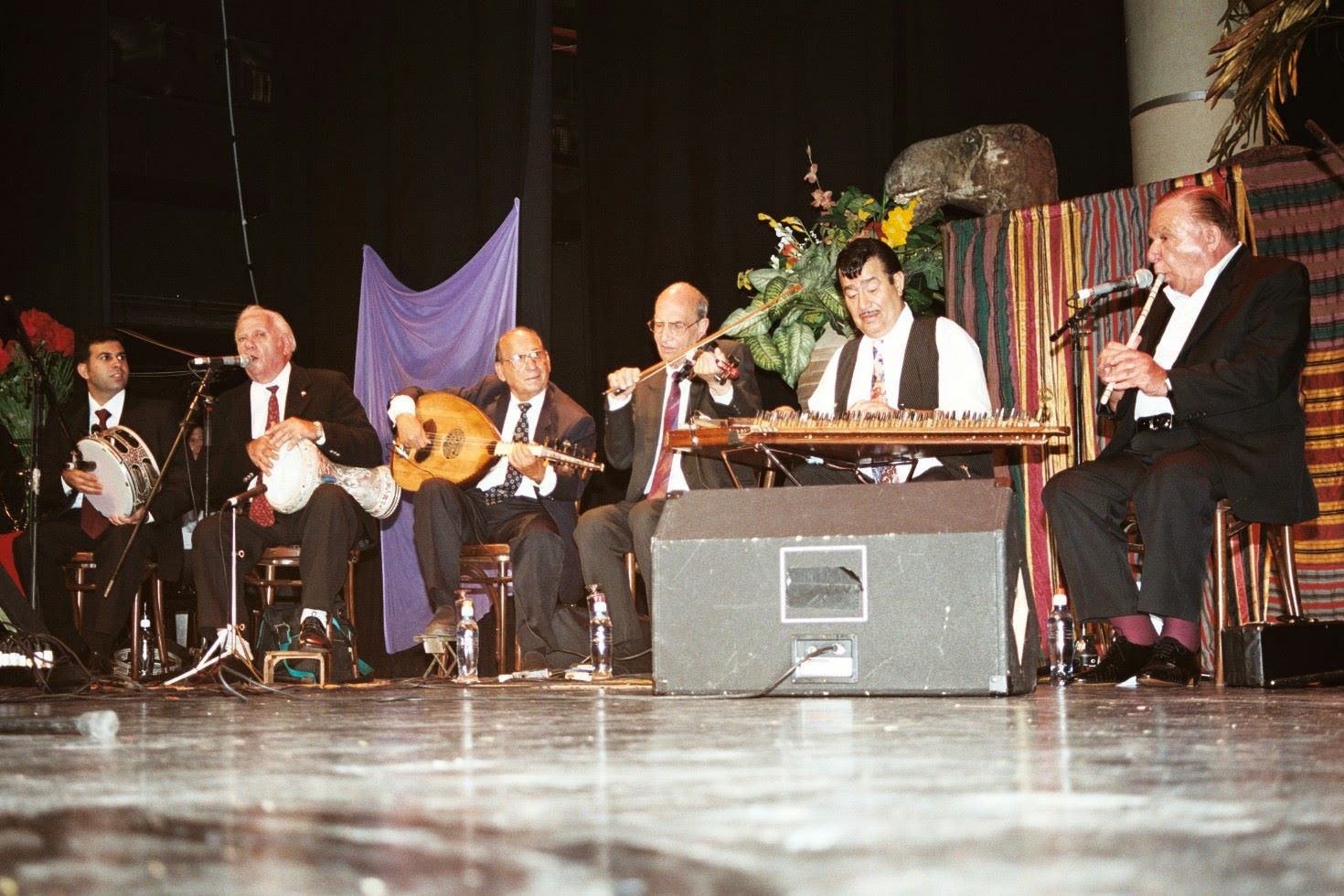 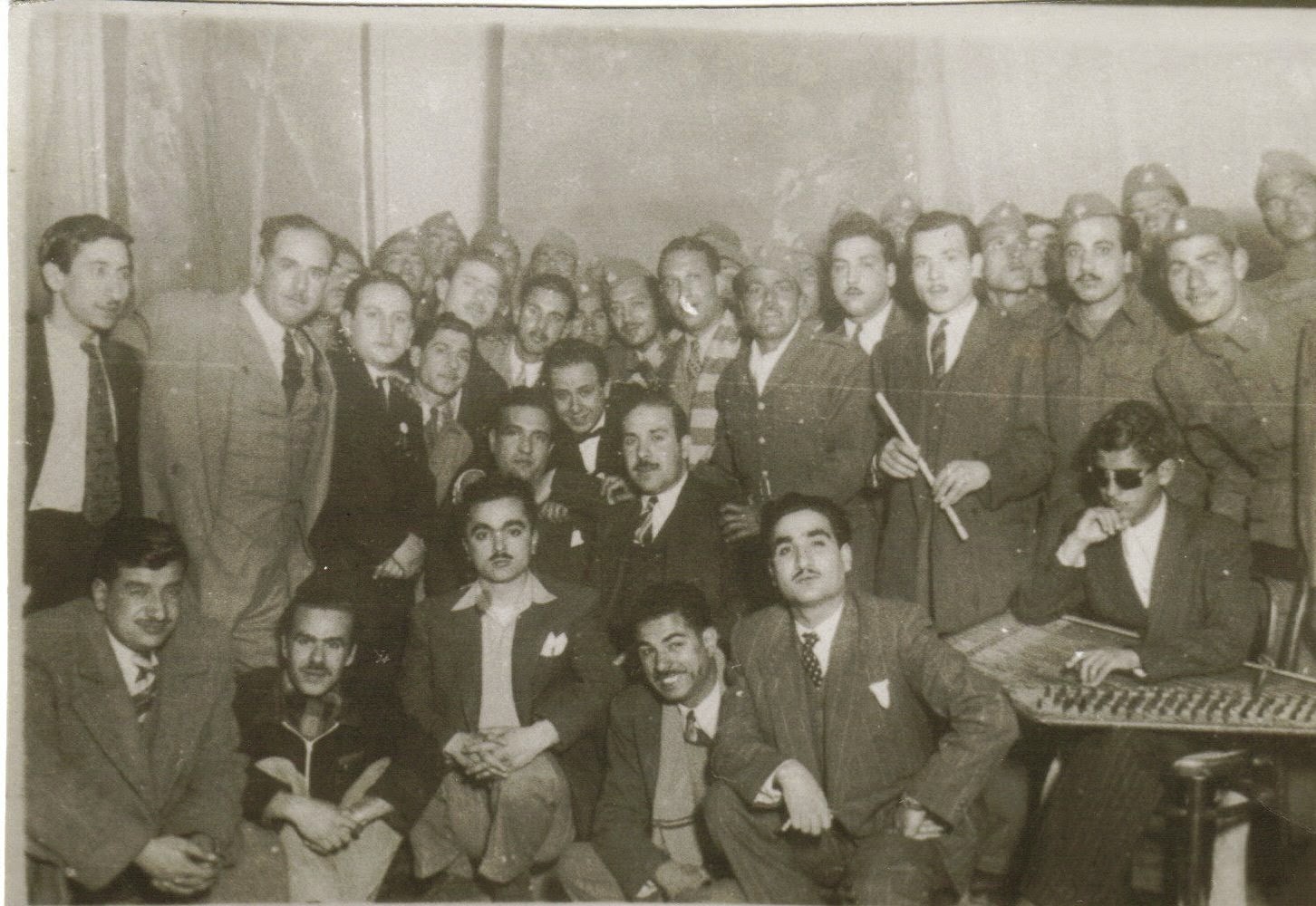 Top: Albert Elias (extreme right) plays the flute at a recent festival in Israel. Below: In Baghdad, 1946/7. Albert Elias (seen here with his flute) played with the famous Nazem al-Ghazali

Who is that handsome young man with slicked-back hair and a thin moustache, holding a flute? It's Albert Elias, who died yesterday.

With him died the last of the Chalghi Baghdad musicians. Born in 1930, Albert was taken on as a novice flute-player by the Iraqi Radio Orchestra, where almost all the musicians were Jews. He played with the al-Kuwaity brothers and the great singer Nazem al-Ghazali. The lower  picture was taken in 1946/7, before the mass flight of the Jews of Iraq to Israel. Most spent their early years in tent camps (ma'abara).

Chalghi Baghdad was an ensemble of Jewish instrumentalists, often accompanied by a singer, who played popular maqams (musical scales) at cafes, cabarets and in private homes.

On his Facebook page the storyteller Yossi Alfi pays tribute to Elias: "Albert Elias was a pillar of authentic Iraqi music. He loved playing in the Middle East. He played with the Israel Philharmonic and (the renowned violinist) Yehudi Menuhin. There was not a storytelling festival without him until last year.

"I loved him from my childhood. He would come to play in the transit camp to the delight of the family, and even our family today. He was loved and cherished. The world will miss you."

Voices of Departure : the Jewish contribution to Iraqi music (43 mins)

I am certain that the countries depriving themselves of their Jews are bound to lose everything!
sultana