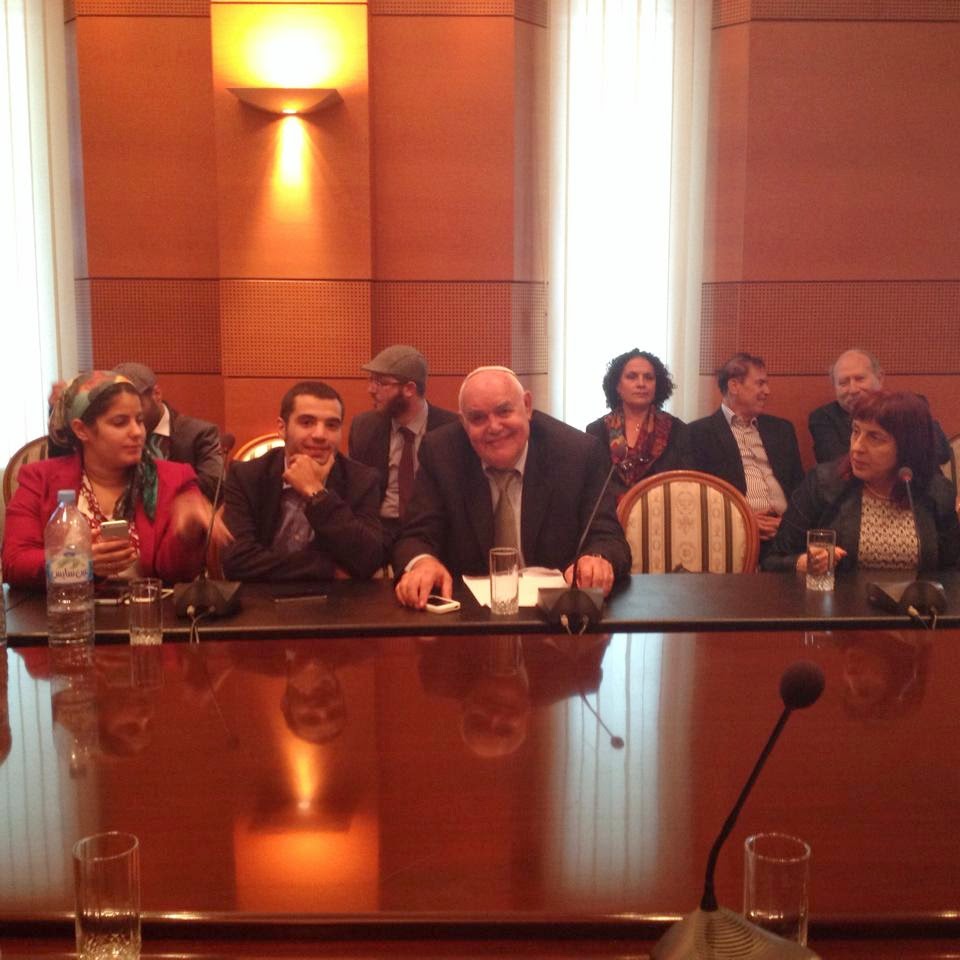 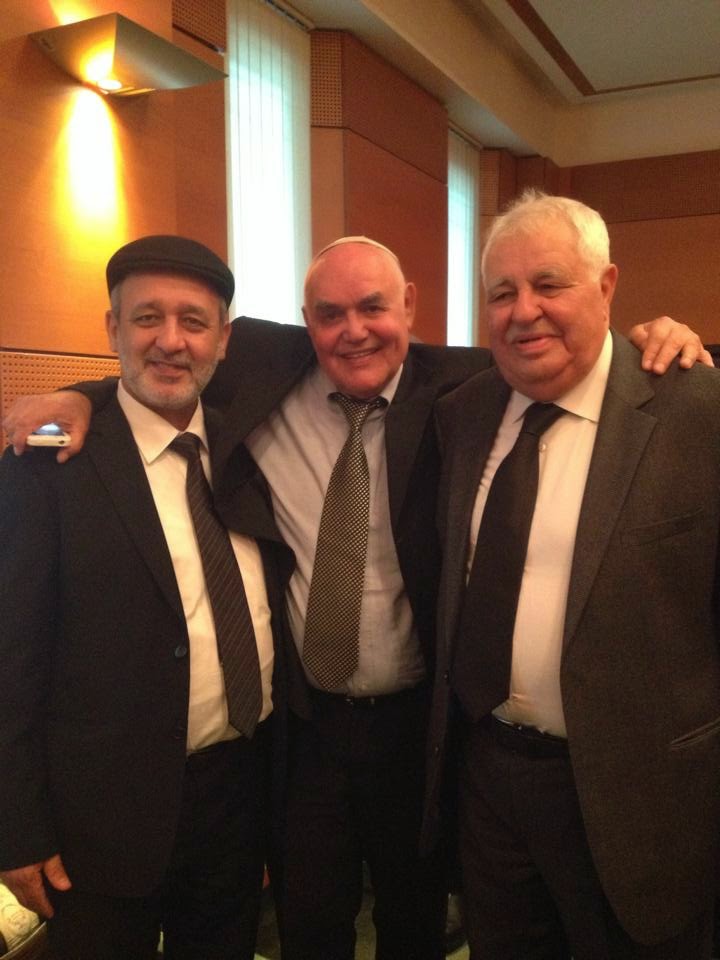 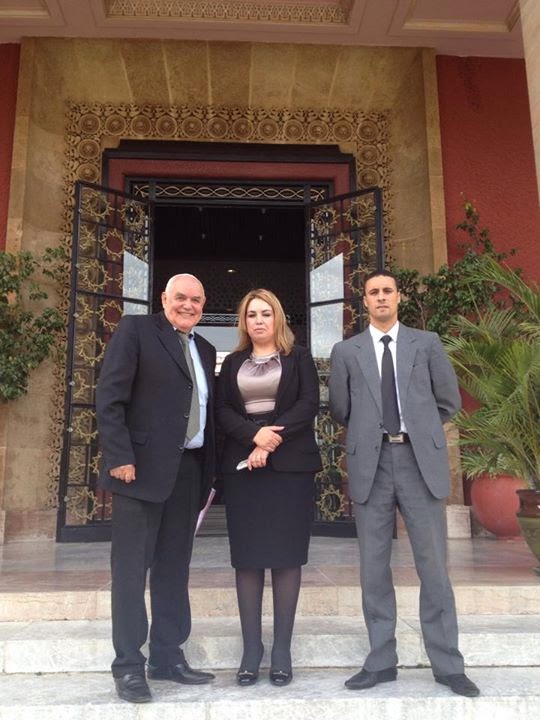 A delegation of Israelis and other Jews of Moroccan origin visited the Parliament, or Majlis, in Rabat this week. The photos show Casablanca-born Avraham Avizemer who lives in Jaffa, (in the centre in the top  picture) and other members of the delegation of the World Federation of Moroccan Jewry.

The delegation, on its annual visit to Morocco, met with the speaker of the Majlis. He said:" Jews and Israelis from around the world need to feel at home here. Morocco invites all Jews of Moroccan origin to come and visit the Kingdom and preserve the call of the past, present and future."

The visit is 'one in the eye' for the Moroccan anti-normalisation campaign.This time last year, there were moves by pan-Arabist and pro-Islamist parliamentarians to criminalise Moroccan-Israeli relations.
Posted by bataween at Friday, November 14, 2014