The spirit of Essaouira is with us once again: this annual festival of shared musical heritage projects a story of cultural Jewish-Muslim symbiosis. And this year, the new Encyclopaedia of Jewish-Muslim relations is being given a platform. All well and good, except that no number of officially-sponsored feel-good festivals can disguise the fact that there are hardly any Jews left in Essaouira, that relations between Jews and Muslims in Morocco have not always been harmonious, and that the Encyclopaedia is not as scholarly as the author of this piece in the Huffington Post might suggest. 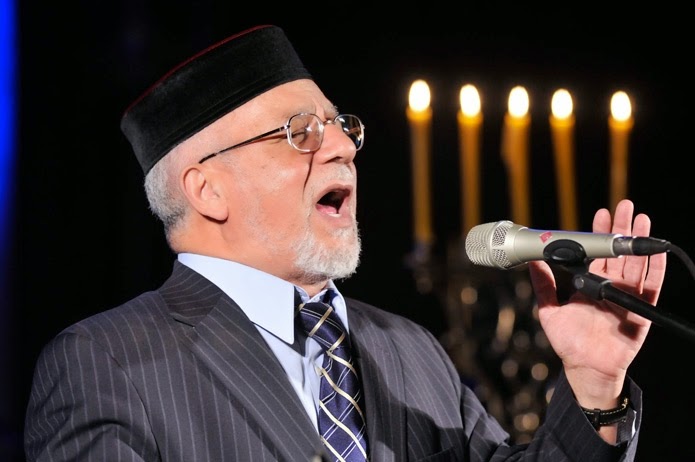 This musical dialogue reflects the ethos of the 11th edition of the Festival des Andalousies Atlantiques, founded and chaired by André Azoulay, and directed by the outstanding singer Françoise Atlan since 2009. Devoted to the common Jewish and Arab musical heritage, this unique event is both a locus of commemoration and a celebration of music at once friendly, festive and full of emotions. During three nights and two days, singers and musicians share their virtuosity, enthusiasm and creative expression. Each morning, André Azoulay brings together artists, intellectuals and the audience in a Riad of the Medina in a symposium about the necessity of returning to these common cultural roots. These morning talks do add meaning to the music heard the preceding evenings.
André Azoulay is keen to remind the audience that until the 1960s Essaouira was a city where Jews and Arabs lived together in a peaceful and friendly community. At the end of the 19th century, the city had a majority of 18.000 Jewish citizens against a total population of 25.000 - a unique case in the Arab world. Most of the Jews left Morocco in the aftermath of the Six-Day War (not true - ed), forming nowadays a community of about a million Moroccan Jews scattered around the world. However, there are still vivid traces of what had been much more than mere coexistence: during the Festival numerous artists and participants did give accounts of the fraternal relations and community spirit that were shared among families belonging to either confession.

This shared culture was no exception. Suffice to recall the many thousands of Jews who had been persecuted in Europe throughout the centuries, in particular during the Spanish Inquisition (1492) and the Shoah, who took refuge in Muslim lands. There they were welcomed, and most often, respected and protected too. The history of this shared culture is little known to young Moroccans nowadays. The Moroccan Minister of Education, who attended the Festival throughout, acknowledged that it was necessary to write up this history and correct schoolbooks that deny youth access to this silenced yet vital heritage. Not out of nostalgia for an idealized "Golden Age", but to show that understanding each other beyond religious and cultural differences is possible. Or even better: that it is possible to benefit from a richer human experience thanks to these differences.

At one of the Festival's talks, a team of historians and philosophers discussed an ambitious book edited by Abdelwahab Meddeb and Benjamin Stora, published by Albin Michel and entitled Histoire des relations entre Juifs et Musulmans des origines à nos jours (A History of the Relations between Jews and Muslims from the Origins to our Time). Within a rigorous scholarly framework, it charts the complexities of a vivid, entertaining and at times unexpected history, thus doing away with the most widespread clichés and hate-mongering images that haunt the media.

Read article in full
Posted by bataween at Friday, November 07, 2014

Certainly the Moroccan Jews I know in Canada immigrated as children in the 1950s as small children, long before the '67 war.