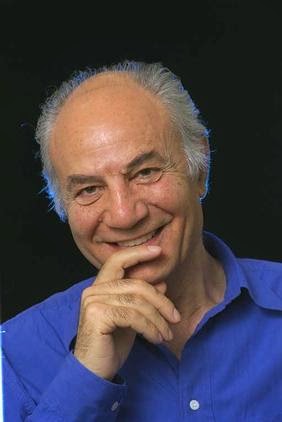 If there's one novel that encapsulates the refugee experience, it is Scapegoat, Eli Amir's acclaimed first novel, published in English in 1987. Yet it is the second of his trilogy, the first being The Dove Flyer, set in Baghdad in the late 1940s, and the third Yasmine, set in post-1967 Jerusalem.

Nuri, the teenage hero of the Dove Flyer, has arrived in an Israeli ma'abara (tent camp) from Baghdad with his family in 1950. A small group of Iraqi boys and girls has been offered a way out of the ma'abara swamp of dashed hopes and destitution: they have been have been picked by Youth Aliyah to join an established, successful kibbutz, Kiryat Oranim.

Nuri is appointed the Iraqi group leader.  He knows Baghdad is dead, and unless the Iraqis adapt to Israeli society, they will remain on the margins. He swallows his Baghdadi pride to shovel cow's manure in a socialist paradise. He spends hours in the kibbutz 'culture house' listening to western classical music. But his peers refuse to shed their traditional values. They have been catapulted into one of the most advanced social experiments in human history - the kibbutz - yet conventionally aspire to make money and have hafla parties.

East and West collide with a thunderous clash. Two things in particular some of the young refugees find it hard to cope with: the absence of religion and the immodestly-dressed, tantalisingly available, yet elusive, young women. The cultural gap cannot be bridged. Moreover,  no matter how hard Nuri tries, the Iraqis can never become like the golden boys and girls of the regional school who are destined to run the kibbutz movement.

Nuri's kibbutz adventure, despite the patient mentoring of the Polish idealist Sonia, is a failure. He cannot enjoy a brighter future while his family struggles to put food on the table. He returns to the misery of the ma'abara. But his gesture, to bring back for his family a tarnegol kapparot - a sacrificial fowl for Yom kippur - backfires. His mother rejects the fowl: it has not been slaughtered on the kibbutz by a shohet. Godlessness will not be allowed to triumph.

Who is the scapegoat (or more correctly, 'sacrificial lamb') here? Is Nuri's father the sacrificial lamb who forfeits his dreams so that Nuri might enjoy a better life? Are Baghdad values being sacrificed on the altar of Israel's new social order? Or is it the reverse - the older generation sacrificing its prospects to rigid orthodoxy?

Either way, Eli Amir, who rose to be deputy director-general of the Ministry of Absorption,  has made the dilemmas of integration, so exquisitely set out  in Scapegoat, his life's work.