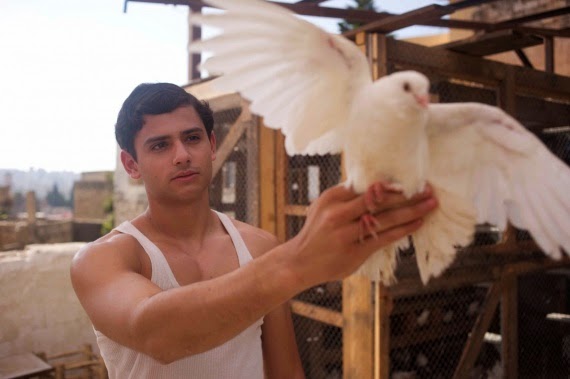 The release of the doves in the film 'The Dove Flyer'* is a metaphor for the exodus of Jews from Iraq.

Stella J was five when 93 percent of Iraqi Jews fled Iraq between 1949 and 1951.  Her father was repeatedly called in for questioning by the secret police. He was forced to borrow money in order to pay 10, 000 dinars (a huge sum in those days) for his release.

When the time came for the family to join the exodus to Israel, Stella remembers a great deal of commotion at the airport. Jews were only allowed one suitcase and 40 dinars each (25 dinars for children). They were not allowed to take out jewellery or precious possessions.

The customs officers were busy ransacking the contents of the refugees' suitcases. One seized Stella's doll, threatening to pull apart its head. "I'm sure there is jewellery stuffed in the doll's body," the officer said. It was only when a second customs officer intervened that Stella's doll was spared mutilation.

She remembers a crowd witnessing the Jews' ordeal. They shouted abuse at the refugees. But then she recognised the voice of the family's long term servant Sa'id: "Take me with you to Israel", he shouted. "I want to be Jewish!"

Bitter-sweet memories. Within three years, a 2, 500-year-old civilisation had been wiped out.

Email ThisBlogThis!Share to TwitterShare to FacebookShare to Pinterest
Labels: Jews of Iraq, Testimonies