When Granny had dinner with the Mufti 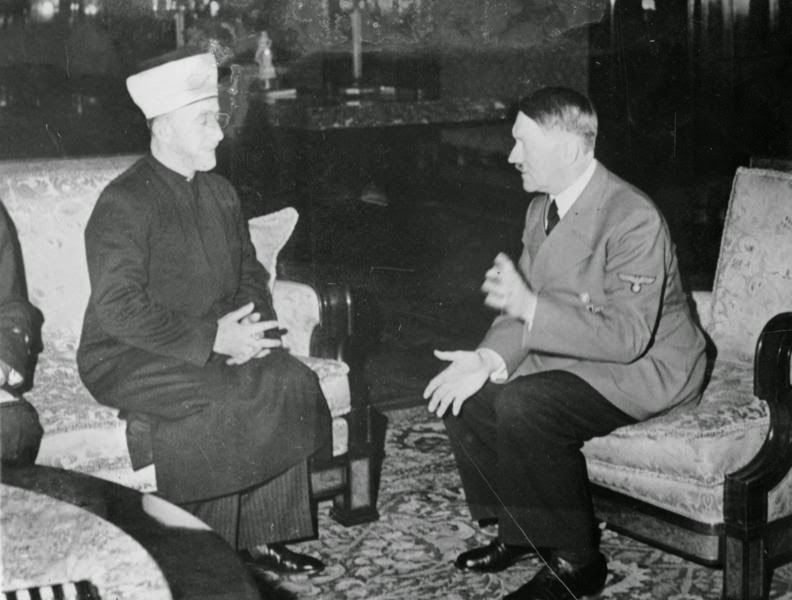 Rachel Wahba's Singapore-born grandma thought all educated people were progressive - until  friends invited her to have dinner with the pro-Nazi Grand Mufti. Interesting vignette in the Times of Israel:

Granny didn’t understand. Coming from a modernized country how could she comprehend her new reality?

The family knew their place. She didn’t.
“Of course I talked back, I wasn’t scared,” and that was her problem, at home and outside the home.

She made friends, non-Jewish friends, “outside the family.” It was unheard of in the deeply insulated and fearful Jewish community of Baghdad in the 1930’s.
She wanted to socialize with “modern” people, intellectuals who spoke English and had interesting parties.

Granny loved it all and defied the family. She refused to give up her freedom.
“They, (the Jews) were like mice, I didn’t understand,” Granny said; until the dinner party where the guest of honor was none other than Haj Amin al-Husseini, the Grand Mufti of Jerusalem.

She sat in stunned silence as he spun his diatribe against the Jews of Palestine, Jews of Iraq, and the Jews of the world. She sat there quietly “like a mouse,” as a fear she had never felt before drowned out his words.

She never imagined “educated people” sitting around a dinner table listening to his plan to ethnically cleanse Jews out of the Middle East. She felt the hate and heard the silence of her friends.

I asked her what on earth was she thinking, how did she manage to sit at a table with the infamous Jew hater, the Grand Mufti? The man who went to Germany to meet and discuss the Final Solution in Arab lands as well as Europe, with his idol, Adolph Hitler.

“I didn’t know,” she said. “I thought it was only the hooligans on the streets who wanted to hurt us. Not these people, they were educated.”
“I was naïve,” she said.

Read article in full
Posted by bataween at Monday, October 13, 2014

Email ThisBlogThis!Share to TwitterShare to FacebookShare to Pinterest
Labels: Dhimmitude, Holocaust in Arab and Muslim lands, Jews of Iraq

Interesting postin more ways than one.

Sylvia! We missed you... Welcome back.
Moadim le'simha!

Glad to be back!