Ra'anan Levy is an Israeli artist born in 1954 into a Syrian-Jewish family which left Damascus in several waves. His grandfather was editor-in-chief of a Syrian newspaper.

Can his family's exodus explain his art? We get no clues from Levy himself - a taciturn type.

The French journalist Veronique Chemla, however,  sees a clear thread running through his naturalistic paintings. They suggest hurried departures, empty spaces, locked windows, uninhabited and abandoned apartments. Then there is the bizarre presence of water: puddles and running taps. Does water suggest life? Time's inexorable passing?

Here is Veronique Chemla's review of an exhibition of Levy's work at the Musee Maillol in Paris in 2013. (French) 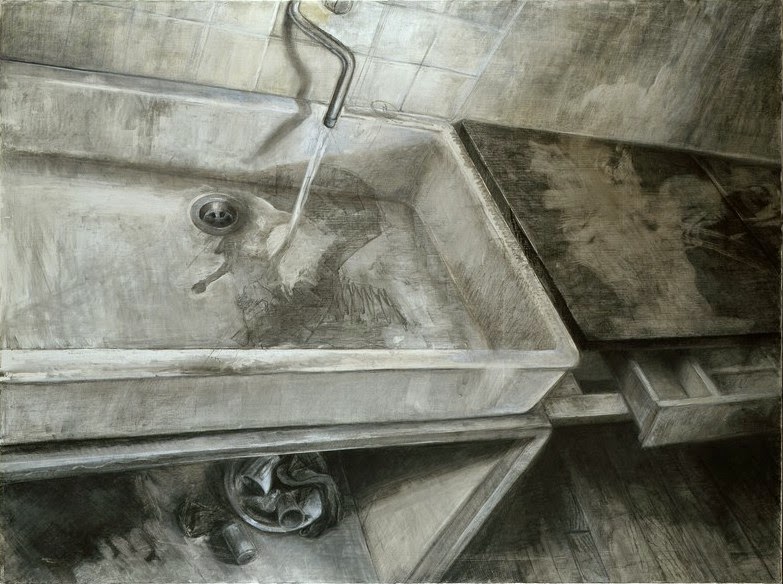 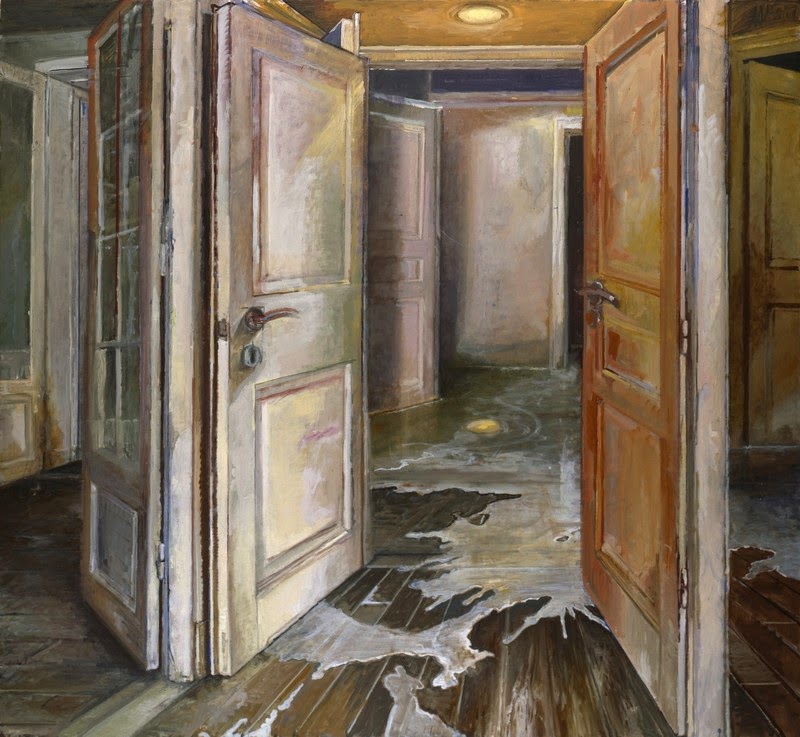 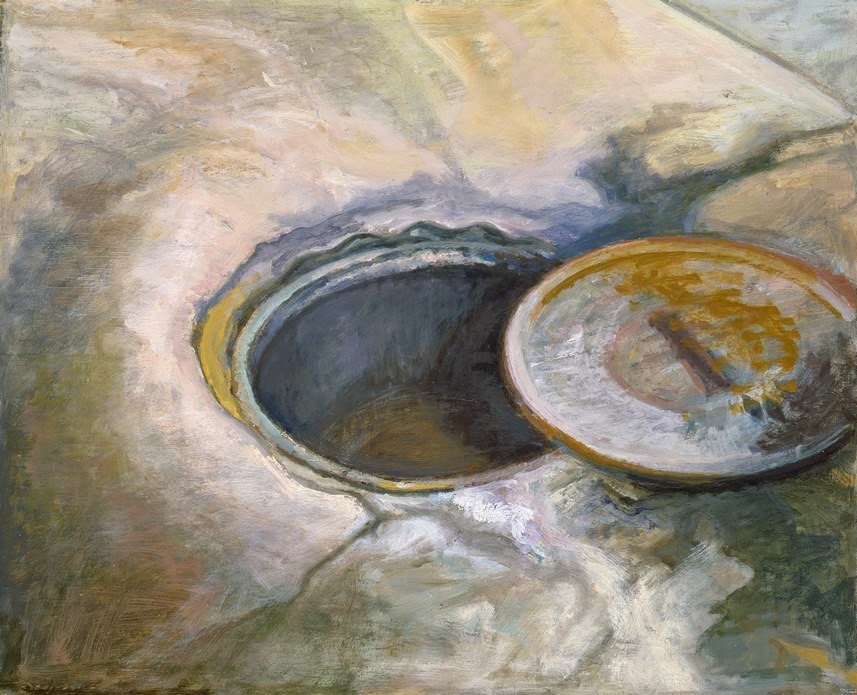 To me, it suggests the artists' experience with poverty and hardship to which he surprisingly manages to give an aesthetic quality.

A tap left running in an otherwise abandoned kitchen, water gone down the drain.

Check out the Cleveland artist being hailed as the daVinci of this, the digital age, Marc Breed. Creator of the psychedelic peace symbol, male exotic dance pioneer, filmmaker to two of the highest grossing adult films of all-time, civil and first amendment rights advocate, and if that weren't enough, he readily admits to having escaped from one of America's most secure prisons (his golem remains in the prisons archive).And to boot, he has a testedI.Q. Of 152. And most amazingly, a former Satmir Hassid.