Jews were part of Kuwait's history

Kuwaiti columnist Nasser Bader Al-'Eidan published an article in the daily Al-Rai titled "The Jews in Kuwait". He called to document the Jewish history in Kuwait, which he claims is an inseparable part of the country's history, and praised the religious tolerance that typified Kuwaitis in the past but no long exists even "among members of the same faith, same homeland, and same destiny."Via MEMRI (with thanks: Lily) 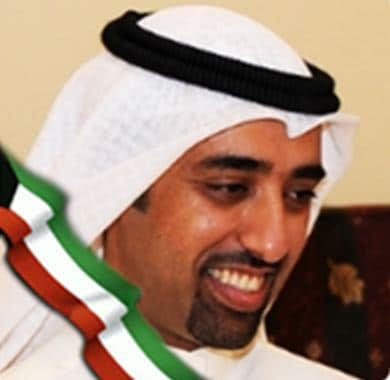 "The first religious police in the Gulf was established in Kuwait during the time of the late Sheikh Salim Al-Mubarak[2] to [combat] the public drunkenness and lewdness that were common in those days. The Kuwaiti Jews excelled in wine production in that period. The history of the Jews in Kuwait is important, but most of our generation knows nothing about it, and our textbooks ignore it. It is part of Kuwait's modern history, whether we like it or not, due to [the Jews'] contributions to trade and art, and secientific integrity requires us to document it.


"The presence of Jews in Kuwait began in the late 18th century. Most of them came from Iraq because of the Ottoman regime, which imposed the [jizya] poll [tax] upon them and undermined their trade activity. Kuwait did not behave the same as the Ottomans, and [the Jews] saw it as a safe place to settle. They numbered between 50 and 800 – historians are divided on this. They had good relations with the late Sheikh Mubarak the Great,[3] who saw ties with the Jews as a factor stimulating successful trade. However, these relations chilled during [the reign] of Salim Al-Mubarak, who was known to be devout, and because the Jews produced wine.

"In the study I am relying on, Kuwaiti researcher Yousef Al-Mutairi [of Kuwait University] interviewed Anwar Cohen, the last Jew to emigrate from Kuwait. Cohen says that many Jews left Kuwait for Iraq and other countries for various reasons, chief among them [the atmosphere in Kuwait following] the founding of the State of Israel. Cohen [himself] emigrated from Kuwait in 1953 due to an article written by Dr. Ahmad Al-Khatib, who claimed that Cohen's presence in Kuwait contradicted pan-Arab honor and solidarity with Israel-occupied Palestine.[4]

"We do not forget that some Kuwaiti Jews were businessmen who partnered with [Muslim] Kuwaiti businessmen, such as the [Jewish] businessman Saleh Mahlab, who was friends with Sheikh Mubarak [likely Mubarak The Great], and the Yehezkel family, who held the franchise to supply electricity to Kuwait for 35 years during the time of the late Sheikh Ahmad Al-Jaber.[5] The Jews also contributed to the arts. For instance, Kuwaiti musician Saleh Al-Kuwaiti and his brother Daoud, who have a street named for them in Tel-Aviv as a gesture of appreciation for their work.[6]

"This was a brief review of the history of Kuwaiti Jews and the openness shown by the Kuwaiti people, who accepted them at that time. Kuwaitis of old were a shining model of interfaith coexistence and tolerance. Nowadays such tolerance doesn't exist [even] among members of the same faith, same homeland, and same destiny."

Read article in full
Posted by bataween at Thursday, October 30, 2014

Email ThisBlogThis!Share to TwitterShare to FacebookShare to Pinterest
Labels: Jews of Kuwait

if we could count all the Jews around the world, we would have a miny USA
sultana