Forget the kugel, try the kibbeh 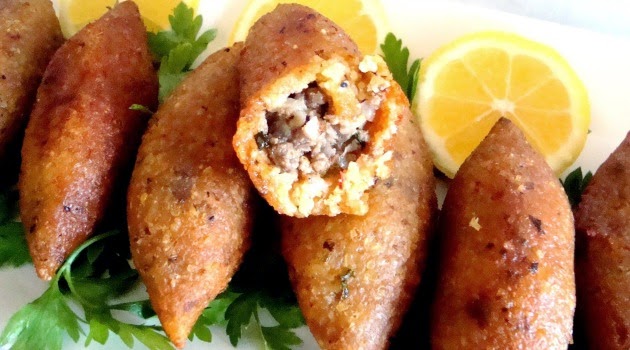 Sephardi food is here to stay and it's mostly mouthwateringly good. But not as far as Buzzfeed, the social media news feed, is concerned. It force-fed some gentile 'guinea-pigs' with typical 'Ashkenazi' fare - with mixed results.
Anne Cohen and Sigal Samuel have set the record straight with this Forward piece to make the point : Jewish food is not necessarily Ashkenazi. But not all Ashkenazi food is gagging material, far from it. If lovingly made by your mother-in-law, it can be absolutely delicious.

"If your signature dish can be mistaken for cat food, you’ve got a problem.
Or that’s what Buzzfeed’s most recent experiment would have you believe. They got “random people” (aka non-Jews) to try classic Jewish foods for the first time and recorded their reactions. The response to gefilte fish? Gag. To kugel? Gag. To matzo ball soup? Yum! To chopped liver? “This is poop.”
"One problem: what Buzzfeed considers to be traditional Jewish food is actually just Ashkenazi food. This is not surprising: America has long made the mistake of thinking “Jewish” is limited to Ashkenazi. From bagels to Woody Allen, Eastern European traditions reign.

"And so, as two Sephardic Jews raised on a very full stomach, we humbly present these alternatives — they won’t make you gag. Promise."


Read article in full
Posted by bataween at Thursday, October 02, 2014

My father's mother was an amazing cook, so her traditional Ashkenazic fare and riffs on the cuisine of other cultures that gained popularity back when I was a teenager -- Chinese, Italian --were always delectable. My cousin's grandmother, who was my grandmother's aunt, baked cookies that were like something you would give to the dog to gnaw on.

Ashkenaz in Israel have great food. What was served to the non-Jews looked really bad. That being said, the best Shabbat food is Sephardi. I, and most of my fellow Ashkenaz friends agree that Sephardi food is to die for. No disrespect to anyone, but Israeli Sephardi cooking wins hands down!