IS within 30 km of Ezekiel's tomb 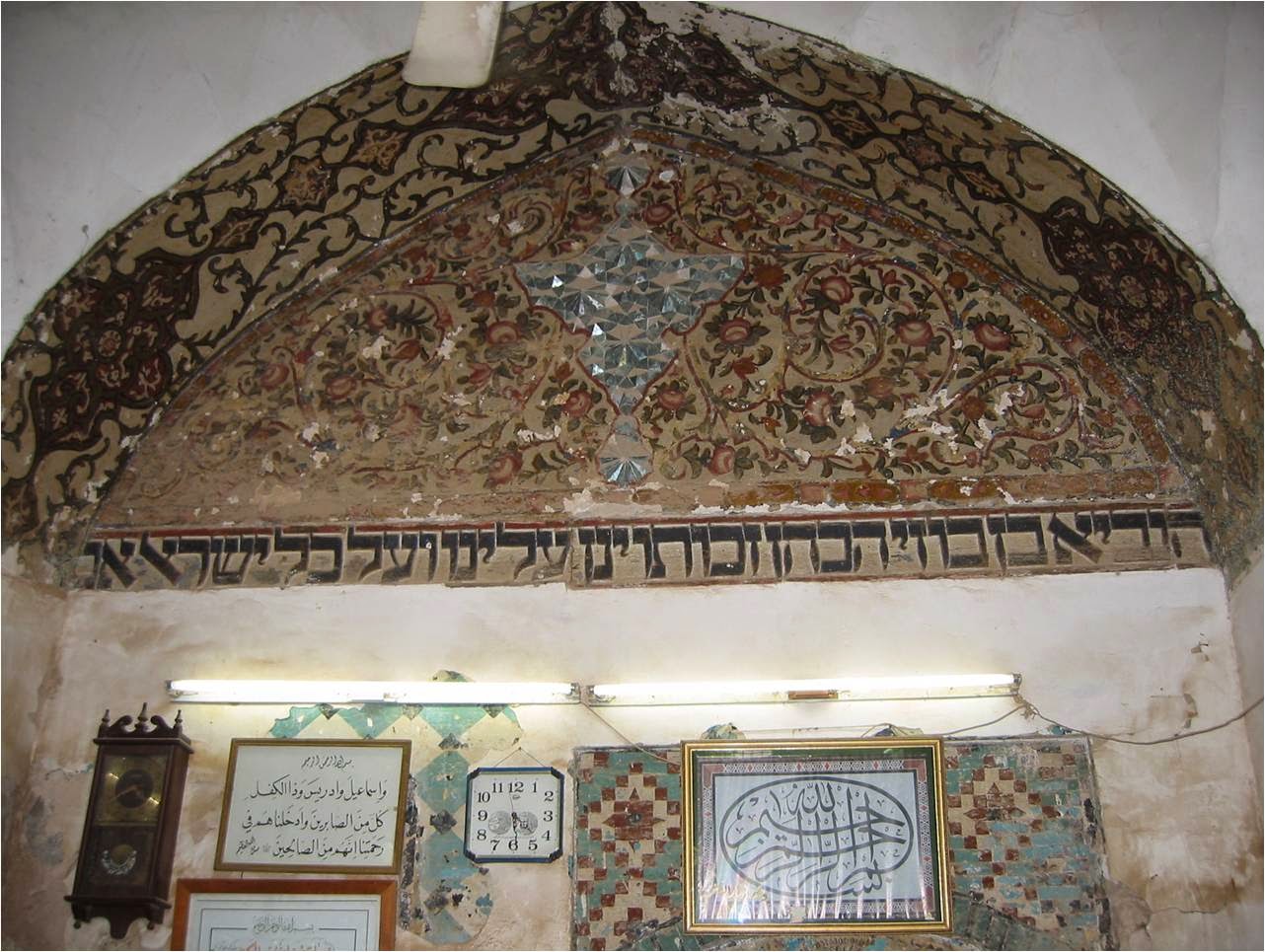 Detail from the ceiling at Ezekiel's tomb

Islamic State (IS - formerly known as ISIS) has advanced to within just 30 km of Ezekiel's tomb at Al-Kifl. Ezekiel's tomb was the place of pilgrimage most revered by Jews when Iraq had a community.

Last week, Islamic State (IS) elements in Iraq detonated two truck bombs in the city of Hillah, about 30 km. from al-Kifil. Although these attacks and others near the Imam al-Hussein Shrine in Karbala show IS's reach into southern Iraq, analysts think that IS's goal is to further foment Shi’a-Sunni sectarian tensions. The region is home  to many Shiite shrines, especially one belonging to the Prophet Muhammad’s grandson.

Although the Iraqi defence ministry takes credit for repulsing IS elements, it is US airstrikes which are making the difference. A combined army of Iraqi security forces,  Shia militia and Peshmerga Kurdish forces  launched an offensive to retake Amerli, a Turkmen Shi'a town of 15,000 - thus averting a humanitarian catastrophe. The mobilisation of Shi'a militia, which fought the US military in Iraq, puts them in the ironical position of benefitting from US airstrikes.

The suffering of Yazidi girls and women who were captured in Iraq  afew weeks ago, reached its peak when it was reported that 300 of them were sold by IS fighters to their elements in Syria after they were forced to convert to Islam, so that they can marry IS fighters. The reports added that the 300 girls/women were sold for $1,000 each. Other girls/women were previously sold in Iraq for as low as $15 each. Three weeks ago, there were reports that some Kurdish and Arabic mediators in Syria also bought women from IS as a way of returning them to their families.

During the last few weeks, more than 1000 children were killed by IS in Iraq, and more than 400,000 people were displaced in the country, mostly in the Kurdish region. The old tensions between Iraqi Kurds and Arabs are feeding battles there. Kurdish fighters suspect that area Arabs have backed IS militants that have rampaged in Iraq’s north over the past month. The Yazidis in Iraq are paying a higher price than other minorities in the country in light of the progress that IS achieved in the north last month (IS advances are now being reversed following the US attacks). After IS gunmen had entered Yazidi villages with machine guns, they gave a choice to Yazidis between conversion to Islam or death. Hundreds among them who refused to convert were executed. Following that IS released a video clip that shows hundreds of Yazidis who were “happy” to convert to Islam.


The video clip was issued not long after IS released another video showing one of its fighters beheading American journalist James Foley.

Senior Kurdish government officials are reportedly angry at Israel for declaring its support for Kurdish independence. They fear such support will damage the Kurdish cause. The reaction among Iraqi Sunni and Shi’a Arabs is much worse, they say.  The Israeli leaders' declarations will increase Arab suspicion and animosity towards the Kurds.
Posted by bataween at Tuesday, September 02, 2014

These people are full of demons. They are from the pit of hell, ready to bring satan to his kingdom.