How the Mizrahi story can end the colonial myth

This summer's Gaza war has highlighted the role of the media and opinion formers in shaping a hostile view of Israel and a favourable understanding of Hamas.  Two journalists, Matti Friedman (right) and Tom Gross (left), have called the biased reporting on the Arab-Israeli conflict a 'political weapon -with which they arm one side in the conflict.' Lyn Julius blogs in the Times of Israel: 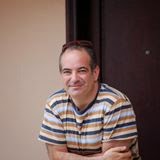 There are many reasons why journalists have become accessories to Hamas's propaganda war, behaving as activists rather than reporters. They relay a picture  of Palestinian victimhood and Israeli extremism and intransigeance, suppressing any facts that make a  nonsense of this narrative. Tom Gross identifies one reason:

" ...Many have a kind of guilt about being white and Western, and the history of their own colonization. Israel is perceived as a white country and the Palestinians are perceived as non-white, even though in fact many Palestinians have lighter skin than some Israelis. Many Western journalists abroad have barely heard of the fact that there are Sephardi or Mizrahi Jews."

This is a key reason why organisations like mine, Harif, have been trying to raise awareness that Sephardi and Mizrahi Jews constitue over 50 percent of Israel's population.

We want people to ask why these Jews ended up in Israel. They did not move to Israel only out of Zionism, although this was a factor : the majority fled their countries as refugees - out of fear, to escape harassment, violence and death.

They fled the same conditions of intolerance and bigotry that are now forcing the other non-Muslim minorities of the Middle East to choose between extinction or exodus.

We must turn the Israel-as-colonialism narrative on its head. We must re-assert that Jews are the most ancient of indigenous Middle Eastern peoples, with a history of continuous residence in what is now known as the Arab world going back 3,000 years.

Moreover, the colonial relationship between Sephardi/Mizrahi Jews and the Arab Muslim conquerors is the exact opposite of what reporters and western observers believe:  the Jews of the region are the colonised and the Muslims the colonisers. For fourteen centuries,  Jews survived at the beck and sufferance of their Muslim rulers. As the historian Georges Bensoussan has explained, they sought to escape insecurity as a vulnerable minority and their second-rate status by seeking western protection and embracing modernity.

The modern state of Israel, although under attack since the day it was born, has provided Jews with the wherewithal to defend themselves. This is an affront to Muslim pride and supremacy, and a key reason why the Arab/ Islamist struggle to destroy the sovereign Jewish state continues.

The Sephardi/Mizrahi 'narrative' may not be able to reverse the supertanker of current public opinion any time soon, but it can seriously hole it below the waterline.

Cross-posted on Harry's Place
and at Jews Down Under
Posted by bataween at Monday, September 15, 2014

my question is: will it ever end? Yesterday we heard that fire had been set to a synagogue
sultana

This fire happened in Belgium. The situation may be worse there than in France.