With thanks: Hilary, Michelle and Lily

Tomorrow night the Scottish Palestine Solidarity Committee (SPSC) will be telling the truth about you -  Jewish refugees from Arab countries. 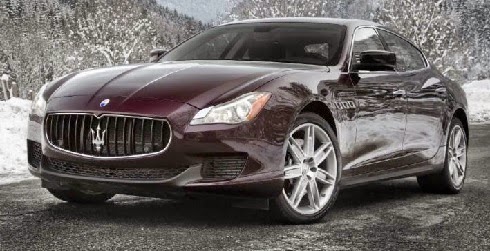 (Maserati Jews? That's how Annie Robbins, editor-at-large of the anti-Zionist blog Mondoweiss, in her infinite wisdom, calls Mizrahi Jews. Or does she mean  Masorti Jews? Or a combination of the two. Anyway, you know who you are. You' re not the Aston Martin and Ferrari Jews! Despite all your valiant attempts to keep up flashy appearances, you're the 'marginalised and invisible Jews of colour').

The SPSC is visibly rattled by an episode that took place last May and is striving to do something about it. According to (another SPSC activist) Mick Napier:

"Scottish Government Minister Humza Yousaf spoke to a meeting in Glasgow in May of this year. The Jewish Telegraph reported that Zionists 'informed' him that "Israel's War of Independence had created around 850,000 Jewish refugees from Arab countries" and that "Mr Yousaf...admitted that he had been unaware that there were so many Jewish refugees in 1948".

"The Zionist claim conceals what Ben Gurion called "cruel Zionism", the violent effort by the Zionist underground in Iraq and Egypt to force the exodus of Jews who were proving resistant to the lure of Zionism. Thirty five years after Marion Woolfson treated this subject, Zionists still make strenuous efforts to keep the history inaccessible. This will be one of the themes discussed in Glasgow on Wednesday night at the Commemoration of Marion Woolfson's life and work, dedicated to the debunking of perncious (sic) Zionist myths. Come along."


Marion Woolfson, who died exactly two years ago, wrote a book called Prophets of Babylon: Jews in the Arab World.

Point of No Return sought a copy of Woolfson's magnum opus, but was not willing to shell out over £2,000 for the only new copy still available on this planet at Amazon.

We can guess the gist of it. In her book Woolfson blames Zionism itself for causing the mass exodus of Jews from Arab countries. Until Zionism brutally intervened, Jews were happily and peacefully coexisting with Muslims.

Marion Woolfson is in good anti-Zionist company. In his book The Gun & the Olive Branch, David Hirst describes in detail covert Israeli operations to scare Iraqi and Egyptian Jews into fleeing their homes for the "sanctuary" of Israel. Wilbur Crane Eveland, a former CIA operative, wrote about the 'Zionist crimes' against Arab Jews in Iraq (Feuerlicht, The Fate of the Jews, 231).

The writings of the disaffected Iraqi Jew Naeem Giladi are frequently invoked to support this myth.

The Egyptian bombs of 1954 were indeed the work of a pro-Zionist group, but there is no causal link with the exodus of 25,000 Jews two years later.

In the Iraqi case no one will ever know for certain who planted bombs in 1950 -51, but three of the five episodes occurred after the vast majority of the Jews had already left or were leaving - and caused no casualties. The Israeli 'new' historian Tom Segev has produced evidence blaming the only fatal bombing on Iraqi nationalists. In his book Une si longue presence, Nathan Weinstock makes the point that only the Iraqi police possessed the no. 36 high potential grenades used in the bombings. Besides, the two Zionist 'culprits' executed in January 1952, whose confessions were extracted under torture, were never accused of the fatal bombing of 14 January 1951.

In any case undue focus on the 'bombs' distracts from the overwhelming evidence of official antisemitism in Arab countries, and does not explain the 'ethnic cleansing' of the Jews from Yemen, Syria, Libya and other countries.

If any of you Maserati Jews happen to live in Glasgow, please attend the SPSC event tomorrow night. Don't make the history inaccessible. This is your chance to acquaint the audience with the truth. You might mention the Farhud, the 1941 pogrom in which almost 200 Iraqi Jews were murdered. You might utter the word dhimmi. You might refer to the Arab League plan to persecute their Jewish citizens before the establishment of Israel. Or you might direct your listeners to this blog....

it seems that SPSC has only some lightweight "authorities" in their support. Not even Tom Segev is with them on this issue. Marion Woolfson does not sound like the sharpest pencil in the box either. Given Iraq's brutal history towards non-Muslim peoples, Assyrians and Jews, as well as toward Muslim Kurds, and now the brutality of Iraqi Sunni and Shiite Arabs against each other, it sounds rather perverse to go looking after Zionist culprits in the Jewish flight from Iraq.

In Egypt, pogroms took place against Jews already in 1945, instigated/perpetrated by the Muslim Brotherhood. Again, were not the pogroms in 1945 & 1948 enough to explain the Jewish flight from there?

Anyhow, as far as I know, there was a small group of Egyptian Jews spying for Israel, who were mistakenly sent to plant some bombs. But these bombs were placed not in Jewish locations like synagogues or Jewish schools, etc, AFAIK. They were placed in a movie theater and in a USIA library [like the American Culture Center in Jerusalem today]. Moreover, as bombs go these were pretty weak. So the purpose was not to scare Egyptian Jews into leaving. Rather, the purpose was to discredit Egypt, to make Egypt look bad to the Americans, since Israel knew already that the CIA had helped Nasser's "Free Officers" take over Egypt. Well, it didn't work since the CIA was intent on working with Nasser in any case and even sent him some experts in psychological warfare to help him consolidate his regime, influence other Arab countries and defame Israel. The Israeli plan [part of the Lavon Affair] was rather stupid but it was not aimed against Egyptian Jews to scare them into leaving.

The 1954 Lavon Affair also known as Operation Suzannah was a botched Israeli attempt to stop the British from withdrawing from Egypt - the bombings were pretty feeble, did little damage and caused no casualties. The conflation of Jews and Zionists had begun well before the Lavon affair so one can't really blame the Affair for aggravating the situation of Egyptian Jews in the eyes of the regime, although it did not help. In 1956 Nasser's nationalisation of the Suez canal etc was aimed at all foreign interests, not just the Jews.

If people want to know about the CIA involvement with Nasser, one of the places to start is the book "Spies in the Promised Land" by Michael Bar Zohar.

Toward the end of the article, you had mentioned that the "Maserati" Jews attend the SPSC conference and remind the attendees about the farhud and dhimmi. My experience in talking with anti-Semites is that they don't care about facts. The only thing they care about is hating Jews and Israel and nothing in the world could change their minds. Any proud Jew attending the conference is just wasting their time.

I disagree, Davsil! The article also says that a question put to the Scottish govt minister at a previous meeting on Jewish refugees from Arab lands disturbed the SPSC sufficiently to make them want to put on this event. So it's never a complete waste of time to remind them of the facts.